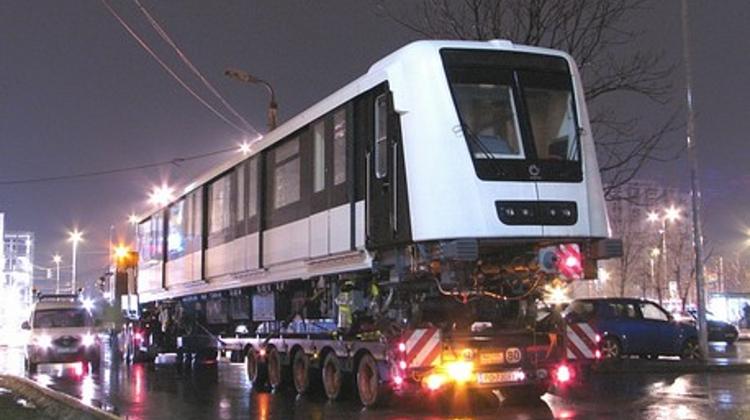 "Rolling rock maker Alstom is to deliver the new trainsets for Budapest’s M2 metro line with another four-month delay, Hungarian news portal index.hu reported. While the last pledge of Alstom was to deliver the trains by February, it now set the deadline to end-June, saying it will obtain the homologation certificates only by then.

Budapest Mayor Gábor Demszky has summoned the French embassador and Budapest Transport Company (BKV) chief István Kocsis gave an ultimatum to Alstom, saying that if the documents are not obtained by 30 June, BKV will terminate the contract.

You talkin' to me?

If BKV does terminate its contract with Alstom, the decrepit Russian trains on Budapest’s M2 metro line may not be replaced for another three years. At talks between the parties on Tuesday, BKV stressed that if the process to obtain the homologation certificate fails to reach an appropriate stage by the end of April, it will call on the EUR 14 million performance bond, i.e. a completion guarantee.

Index.hu reported in early January that the transport authority ordered to repeat several tests on the new Alstom trains. At that time it seemed the final homologation document could be granted by the end of February at the earliest. In that case, the first Alstom trains could have run on the M2 line in March, but more likely in April.

If Alstom is granted the homologation certificate by 30 June, the old Russian trains will remain on the tracks on the M2 line until at least July, but more likely by August. The delay is caused by the lengthy procedure of preparing the technical documentation, the volume of which is already the size of a room.

Index.hu has learned that BKV and Alstom have settled every technical issue already and while the first trial run of the prototype was completed, the national transport authority (NKH) demands another 1500 kilometres of tril run on the tracks.

The final homologation certificate may be issued only when the authority has reviewed the entire technical documentation. Among others this needs to certify that all ten onboard software systems meet the requirements both jointly and individually and that the doors close seamlessly at all times.

As the conflict between BKV and Alstom has already been in the air, Budapest Mayor Gábor Demszky turned to diplomatic means and requested a visit by the French Ambassador to Hungary last week, the portal said.

Alstom Transport was originally to supply the first of the 22 trainsets of five cars, i.e. 110 cars, for the M2 line in May 2008. Instead, the first five Metropolis cars, manufactured in Alstom’s Katowice, Poland site, arrived in Budapest only at the end of January last year. Their testing has been in progress for almost a year, but it was not without problems.

Alstom said the replacement would cost over HUF 1 billion, while BKV claimed penalty payment for the delayed delivery. The 'who owes how much to whom’ tug of war has been on between the two parties for at least a year.

The metro trainsets were ordered from Alstom Transport and its partners in the "Budapest Metropolis Consortium" under a contract signed in May 2006. The order, which totals EUR 247 million (cc. HUF 65 billion), relates to the supply of 170 Metropolis metro cars to replace the old M2 line fleet and also for the new M4 line, which is still under construction.

You do your job, I do mine

Alstom Transport said in a statement on Wednesday that at the 2 March talks with BKV it presented a test programme that would allow the new trains to be put into circulation. "At the same time, the programme sets tasks not only for Alstom, but also for BKV," it said.

The underlined the "importance of co-operation" for both BKV and the transport authority and urged every party to fulfil their respective liabilities so that the homologation certificate could be finally granted.

Alstom Transport recorded sales of EUR 5.7 billion in the fiscal year 2008-2009 and an increase in orders of 9% compared to the previous year. Alstom Transport is present in over 60 countries and employs some 27,000 people.

Alstom claims that one in four metros presently in operation in the world is an Alstom metro. In total, more than 3,000 Metropolis coaches have been sold across the world in cities such as Barcelona, Warsaw, Budapest, Istanbul, Singapore, Shanghai, Nanjing, Buenos Aires, Santiago de Chile and Santo Domingo.

In mid-February, the municipality of Amsterdam (Netherlands) placed an order with Alstom Transport for 23 metro trainsets, for a total amount of around EUR 200 million. The contract includes an option for additional metro trainsets for the North/South line which is under construction."