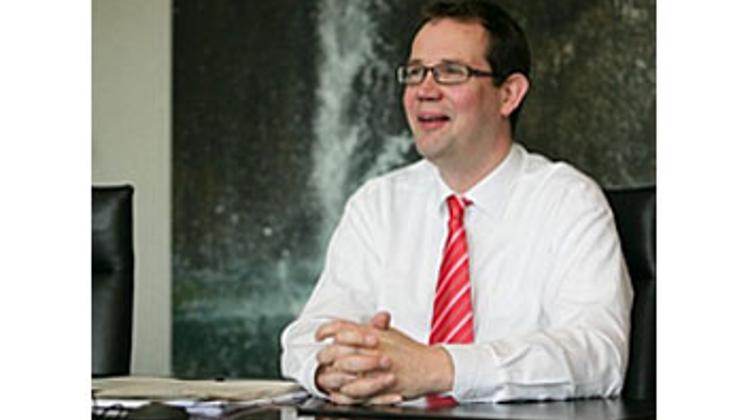 "Management of Hungarian telecoms group Magyar Telekom have on Thursday confirmed market rumours that the company intends to enter the energy market as a service provider. Although MTel’s primary means to give cash to its shareholders remains dividend payment, it aims to keep its option open to repurchase own shares, CFO Tilo Kusch told a background meeting with journalists.

Magyar Telekom has announced today the expansion of its client service portfolio by taking the first steps to entering the Hungarian retail electricity and gas market.

"In line with Magyar Telekom’s strategy of capturing incremental revenue sources in business areas where the company can build on its existing capabilities, it has decided to enter the retail energy market, via the resale of natural gas and electricity, leveraging off the extensive sales networks that it already has in place," MTel said in a statement on the website of the Budapest Stock Exchange (BSE).

Earlier in the day, Chairman-CEO Christopher Mattheisen and Chief Financial Officer Tilo Kusch have already told journalists about this plan.

MTel expects its participation in the retail electricity and gas market to enable the group to retain existing, and win new, telecommunication customers with attractive energy offers.

"The company expects that such electricity and gas offers will help to support upsell and upgrade offers in the telecommunication business as well."

As an initial phase, Magyar Telekom is going to launch electricity and gas retail offers for a targeted segment of its residential and business customers from April 2010 "to test customer perception and acceptance."

After this initial phase, MTel will assess the potential for further penetration of the energy market in the second half of 2010.

The company is going to start reselling electricity and gas to its existing customer base as a bundled product supplementing the telecommunication services offered.

Today, Mattheisen has once again refuted rumours that surfaced at the end of last year about his departure. Portfolio.hu has asked him if he had any idea why such speculation took wing, to which he replied he has "no idea", but a top manager "must have a lot of cheek".

Regarding the recently completed internal investigation he said the legal procedures would from now on cost a lot less, but consultations with US authorities are just about to start and it is yet to be seen when and how this will end.

Deutsche Bank has recently released a roadshow report, citing MTel’s management as promising to base future plans on keeping dividend unchanged at HUF 74 per share. To a question how these talks actually went down, MTel said management pledged to maintain its current dividend policy, i.e. keep its net debt ratio between 30% and 40%. The company, however, cannot promise to retain the nominal payment of HUF 74 DPS, but they would definitely place big emphasis on dividend payment during the conception of the annual targets.

Regarding MTel’s plan to enter the energy market, Mattheisen noted that the group could gain an increasing edge in this segment as smartgrid technologies become more widespread, therefore MTEl could establish major positions on this market in the long run.

CFO Thilo Kusch stressed that dividend payment remains the main means to re-channel cash to shareholders and for the time being the company has no plans to buy back shares.

The AGM, however, should approve the Board’s proposal for buybacks, simply because they would like to keep this option open. As for the technical details of the repurchases, MTel intends to carry these out in a way to leave Deutsche Telekom’s stake in the company unchanged.

Mattheisen said the launch of two new television channels under Origo required investments in the neighbourhood of a hundred million forints, which is not substantial. The move mainly served the purpose of implementing/enhancing MTel’s 'triple-play’ strategy via creating a new platform, the biggest value of which will, in time, be interactivity. Developments are taking an interesting turn, he added, but declined to disclose details just yet.

Regarding the introduction of LTE (4G) technology in Hungary, Mattheisen projects commercial services to be launched in 2012, which means MTel could start investing in this area in 2011.

Portfolio.hu viewpoint:
It is a bold move by Magyar Telekom to step onto the energy market, since this segment is way off its core activities. However, we still find this a rational notion to expand into this direction, since MTel has one of the biggest client bases in Hungary, reaching several million people. And the experience from the past years shows us that customers haven an open mind to package deals.

As the television-Internet-phone service trio became more widespread over the past few years, the embedding of other public utility services into this package may be just as successful. Magyar Telekom has been widely criticised for realising very late that television was also there to pick up as a service. We believe that in a few years’ time, the current innovative idea could make people forget or forgive that MTel made that mistake with TV.

EMFESZ has appeared on the gas market only a couple of years ago and it still carved out a very large slice of the market very quickly. Considering this, Magyar Telekom also has the chance of becoming a success story on the energy market. But we need to remember, that the success of EMFESZ was mainly attributable to the fact that it offered gas a lot cheaper to customers than its rivals.

From a shareholders/share price aspect, today’s announcement is neutral or mildly positive at best. In a few years, though energy services could become a serious source of revenues/income for the group."