'20 Dresses For Europe', Petőfi Literary Museum, Shown Until 30 May 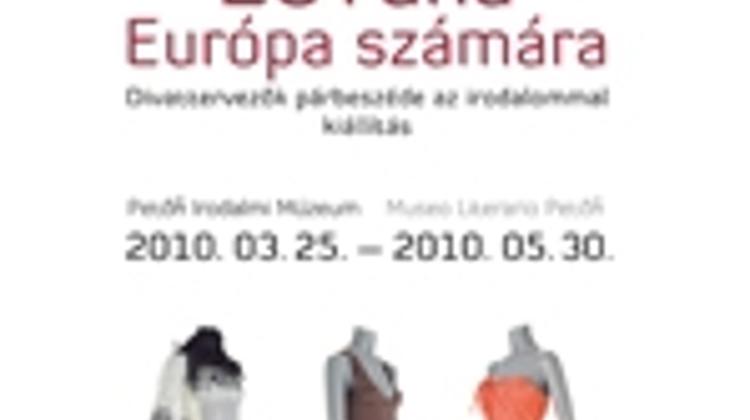 "An exhibition has been opened at the Museum of Literature Petőfi featuring beautiful dresses by European fashion designers. The twelve Spanish, four Belgian and four Hungarian designers transferred into textile the thoughts of, among others, Gabriel García Márquez, Carlos Fuentes, Hugo Claus, Magda Szabó and Sándor Márai.

Within the framework of the EU’s Spanish presidency, Hungary is represented by the creations of Natália Gyulai, Tamás Náray, Miklós Pazicski and Kati Zoób at the show organised by the Budapest Cervantes Institute. Following their own instincts and style, each of them designed an haute-couture dress for this special occasion, which is a meeting point for European fashion and literature as well as material and spirit.

On the occasion of the Spanish Presidency of the Council of the European Union, the exhibition entitled “20 dresses for Europe – a dialogue between fashion designers and literature” is going to be organised in cooperation by Belgium and Hungary, offering a meeting point for the fashion and literature of the three countries. The exhibition was opened first at the Town Hall in Brussels, and it will be on display at the Museum of Literature Petőfi in Budapest, between 24 March and 30 May."