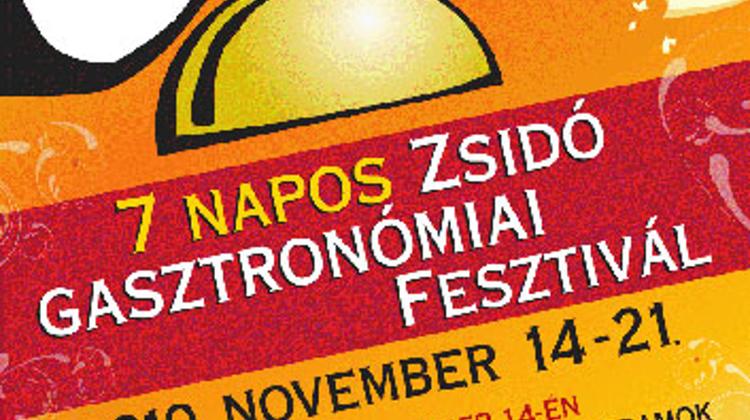 Get a Glimpse at the Jewish Gastronomy at Godzsu Udvar in Budapest For a week, between 14 and 21 November traditional and new wave Jewish food is going to rein the Godzsu at Judafest, a Jewish gastronomical festival.

In the organization of American Jewish Joint Distribution Committee (JDC) Judafest is a series of programs exhibiting Jewish culture, music, drama, food and traditions that represent the modern Jewish community in Hungary. This program gives visitors the opportunity to spend their time in a buoyant and interesting surrounding.

During this week, the focus is on traditional and new wave Jewish cuisine through a wide variety of recipes and ingredients, and all the flavors and culinary customs of this culture. Matza balls, cholent, gefilte fish, hamantashen, hummus, tzimmes, kugel, kindli and many other old and new tasty Jewish foods rein the Godzsu during this market parade.

The range of attractions does not end here, a wide spectrum of gastronomy-related programs await the guests. Different bands playing classical, Jewish and modern music are accompanying the delicious food cavalcade, a true Yiddishe mame is going to introduce the secrets of Jewish cooking and every day another gastroblogger is going to show his favorite recipes of this culture. Gastro-robot, kibbutz, “empty table”, playhouse and board games for the children at Godzsu for one week.