Sam Havadtoy’s Exhibition At B55 Gallery In Budapest 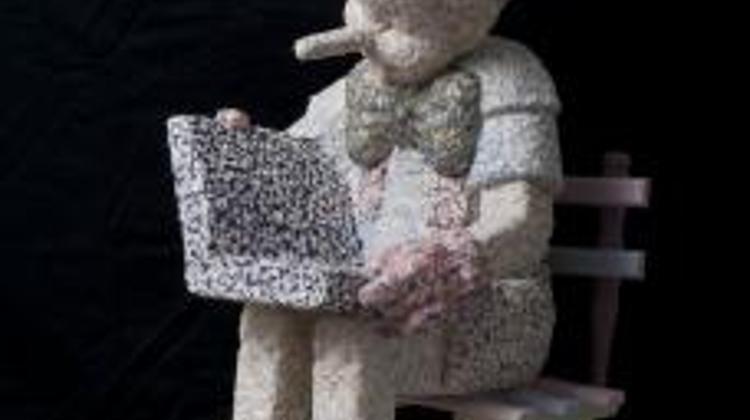 "The new exhibition of Sam Havadtoy, Hungarian painter of the first rank of contemporary art, will open on 16th November at B55 Gallery. The lace-based pieces of HOMMAGE Á JAWLENSKY – NEW PAINTINGS are all pointillist works of art. The pictures presented are inspired by Alexej von Jawlensky, the Russian painter of tragic fate, while the exhibited sculptures re-think some of the well-known Walt Disney-characters.

World-famous Havadtoy - who has had exhibitions in the most prestious museums from Moscow to Rome - has been a collector of old pieces of lace for a decade, because their tangible beauty, the endlessly variable forms, but first of all the life stories of those anonym women who had made these pieces fascinates him. In the new exhibition two lace-based series of pointillist works can be seen.

„When I moved into my new house in Italy, being alone in a new country in a big house brought back so many memories of my past, and somehow they all were about loss. I realized how many dots there were left in my soul. So I wanted to let go of these little dots and with each little dot convert the loss into a memory of a life well lived.” – says Havadtoy. „The obvious master to turn to was Alexej von Jawlensky, the Russian painter of tragic fate, whose life's journey and dedicated soul searching for transcendency has been an inspiration to me ever since I discovered his works.” – adds the artist.

The other series, the exhibited sculptures re-think some of the well-known Walt Disney-characters. They are all „dressed” in poetically subtle lace and they guide the viewer back to the ideal childhood, and so they transform into the icons of happiness.

At the same time with the exhibition in Budapest, Havadtoy is exhibiting in the Museum of Modern Art in Tel Aviv and a cataloge is being published presenting his whole ouvre so far.

Born in London, Havadtoy later in his life lived in Hungary, New York and Geneva, and since 2008 in Italy. In the course of his career the artist had intellectual, artistic and friendly relationships with Andy Warhol, Keith Haring, George Condo and Donald Baechler, to mention just a few. He was the partner of Yoko Ono for 20 years. He has been in a close connection with the contemporary art world of New York to this day.