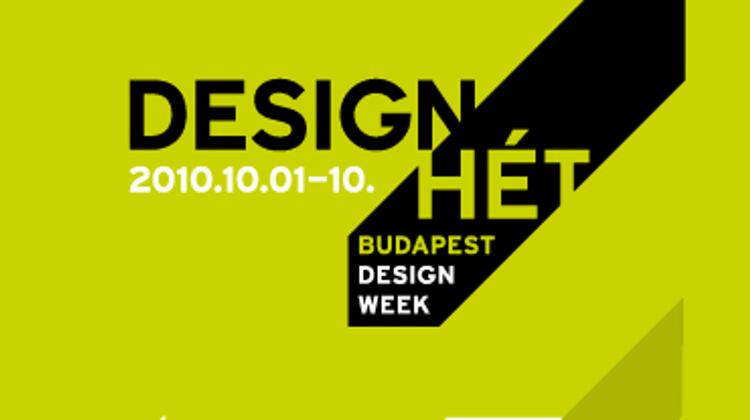 "Design Terminal in cooperation with the Hungarian Patent Office and the Hungarian Design Council organised Budapest Design Week for the seventh time this year. The festival, present all around Budapest, took place between 1st and 10th October this year.

The 2010 programs focused on the social and economic expediency of design, as well as its role in handling economic issues, its slogan was Design – For Use. The 10-day program series attracting close to 60,000 visitors was organised with the cooperation of 190 partners offering close to 120 exhibitions, lectures, fashion-shows and workshops at more than 100 different venues meaning a 40% increase compared to the previous year.

In 2011 similarly colourful programs are being organised in the framework of the 8th Budapest Design Week taking place between September 30th and October 9th.

A traditional element of the program, the ceremony of the Hungarian Design Awards and the Design Management Award was this year organised in the Museum of Ethnography where the related exhibition was visited by 3,500 people.

Design Terminal's own projects were among the flagship programs. The opening exhibition attracting 5,000 visitors was titled Design for the Livable Future and focused on environment conscious, high tech solutions from the world of international design. In the framework of the Design Fair satellite exhibition the unused, yet exciting ideas (in the form of prototypes) of professional designers and students were introduced to potential manufacturers. The selection attracted 3,500 visitors.

The Open Studios initiative launched last year was continued and again proved to be successful – the programs of the 14 participating studios attracted 2,100 visitors. The Stylist Cards exhibition where some of the bests of the different fields had a chance to prove their talent by creating installations, mini interiors, was aiming at introducing the work of creative professionals to a wider public. This year 72 shops, showrooms and design workshops participated in the by now traditional discount sale offering a 20% discount during the ten days of the design festival.

The visit of a star designer was not missing from the program, either. Design Terminal Nonprofit Ltd., Roomba Home Culture and the Moholy-Nagy University of Art and Design (MOME) worked together to bring the Italian Paola Navone, one of the most exciting figures of contemporary design, to Budapest. An audience of 500 listened to her presentation at the MOME Auditorium. This year's Budapest Design Week also offered a wide range of creative workshops for adults and children alike. The revised Design Tours were even more successful than previously expected.

The programs introducing the interior design wonders of the '30s, the backstage secrets of the State Opera House and the amazing sets of the Fót film factory of MAFILM were fully booked in a few days and a total of 600 people participated in the 8 tours based on 4 different themes.

IKEA celebrating its 20th anniversary in Hungary invited us for an amazing time travel in the form of an interactive exhibition evoking the basic principles of the decades past and its design democracy. The exhibition attracted more than 6,000 visitors. Mercedes-Benz organised a similarly spectacular program in the Museum of Applied Arts where the exciting world and future concepts of car design, as well as the brand's new design philosophy was revealed for the 9,000 visitors."