'Building The Olympics', By Jonathan Knott, British Ambassador To Hungary 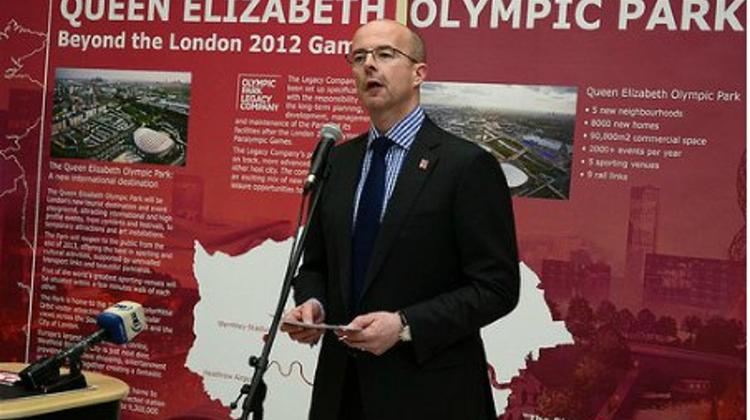 "I can’t wait for the Olympics to start. I love to watch sport and the Olympics is really special. It’ll be even more special this year in London. I didn’t get any tickets in the public ballot so I’ll be watching the Games on TV. But the quality and diversity of the competition will be outstanding.

Quite apart from the sports themselves, though, I’m looking forward to seeing the venues in action. The east part of London where the main venue will be has been transformed. It will be a hyper-modern complex, designed for the first time with both the Olympic and Paralympic competitions in mind.

And this will be the greenest, most environmentally friendly Games ever. For example, the Olympic arena uses only half the steel of comparable stadia, and it features a low-carbon concrete containing 40% less carbon than usual. The upper tier was built using surplus gas pipes.

We hosted an exhibition about the Olympic site in the Embassy last week; and we held events so that local schools could see it and get an idea of what to expect this summer. The main theme of the exhibition, though, was the legacy which the Games site will leave.

There will, of course, be world class sporting venues which remain there (though the Olympic stadium itself will have its capacity reduced so it’s suitable for more modest events). But for me the really impressive part is the social and business legacy. Immediately after the athletes leave the Games the area will be re-named the Queen Elizabeth Olympic Park.

It will be the centre of a regenerated east London, offering new hospital facilities and schools and new and much needed housing, much of which will be reserved for people on low incomes. A new, 21st century part of the world’s most cosmopolitan city.

I may not be able to get to the Olympic competitions this summer. But I’ll definitely go and see the QE Park after the Games. It looks like it’ll be spectacular. And it’s not far from my football team, West Ham’s, ground. They may even use the Olympic stadium as their home ground in the future!

You might be interested in this link: the Embassy sponsored a journalist, Tamas Barok, to visit London ahead of the Paralympic Games and he made two videos. They’re definitely worthy a look:

I’ll let you know about other pre Olympic (and pre Paralympic) activities soon."