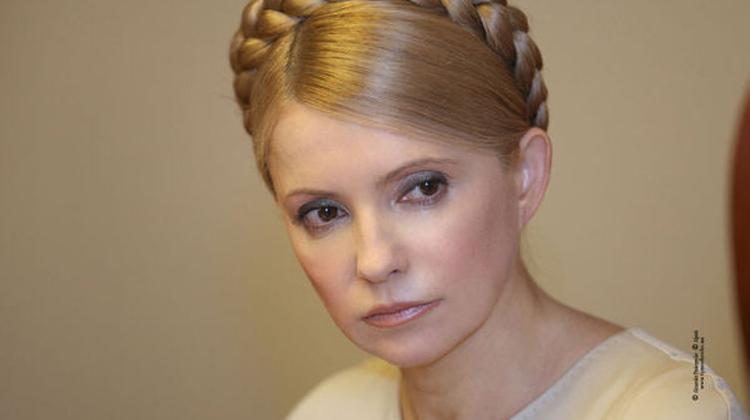 Viktor Yanukovych and Viktor Orbán have more in common than their first name. In February 2010, only a couple of months before Orbán's political triumph, Yanukovych staged a remarkable comeback, recovering from the humiliation and disgrace he suffered in Ukraine's election of 2004. According to yesterday's Economist, since his election to the presidency Yanukovych "has mauled his country's fragile democracy and weak institutions ... he has bullied the media, tampered with the judiciary, [and] exercised arbitrary power."

The editorial "Call foul: Viktor Yanukovych's thuggish democracy is heading in a dangerous direction" highlights the show trial, imprisonment and mistreatment of Yulia Tymoshenko, his opponent in 2010, who is now on a hunger strike. But one could add a few more cases to this most famous one involving politicians of the Tymoshenko administration. According to Wikipedia all told fourteen members of the former government have been accused of corruption and/or abuse of power.

Viktor Orbán most likely recognized a kindred spirit in Viktor Yanukovych because shortly after the formation of the second Orbán government Undersecretary Zsolt Németh, an old Fidesz hand in Martonyi's foreign ministry, signaled that "a new beginning in Ukrainian-Hungarian relations [was] under way." He described Ukraine as "an important element in Hungary's foreign policy vision."

One reason for the Hungarian enthusiasm for Yanukovych was the hope that the new Ukrainian government, because of the president's pro-Russian sympathies, would have a more tolerant attitude toward the large Russian minority and that this new attitude would spill over to the small Hungarian minority in the Sub-Carpathian region of Ukraine.

In November 2010 Viktor Orbán visited Ukraine and had a long conversation with Prime Minister Mikola Azarov and President Yanukovych. The topics covered were the development of Ukrainian-Hungarian relations in general, the deepening of economic cooperation between the two countries, and Hungarian support of Ukraine's aspirations for the country's euro-atlantic integration. Orbán talked enthusiastically about the prospect of excellent relations with Ukraine especially since "the new Ukrainian leadership stabilized the country, [while he] is working on the stabilization of Hungary."

Then for over a year not much could be heard about Ukrainian-Hungarian relations. A few months after Orbán's visit to Kiev, in May 2010, a number of criminal cases against Tymoshenko were opened and on October 11, 2011, a Ukrainian court sentenced her to seven years in prison after she was found guilty of abuse of office when brokering the 2009 gas deal with Russia. We who follow the political events in Hungary are only too familiar with the "abuse of power" charge which is being applied rather freely to political figures.

Currently two former ministers are under investigation. The only difference is that the Hungarian courts, at least to date, have not been willing accomplices in these political show trials. However, if Viktor Orbán is still contemplating putting his political nemesis, Ferenc Gyurcsány, into jail he should think twice because Yulia Tymoshenko's seven-year jail sentence created a reaction within the European Union that may have very serious consequences for Ukraine.

Although Leonid Koshara, deputy president in charge of foreign policy, threatened Germany with economic sanctions because of its very vocal response, the loser in this economic boycott can only be Ukraine.

Yearly there is a summit of East-Central European presidents. You may recall that last year it was supposed to be held in Budapest, but because most politicians were suddenly too busy to attend the gathering in Hungary the summit had to be postponed and was held later in Poland. It was a snub to Viktor Orbán and caused embarrassment to the Hungarian political leadership.

This year the summit will be held in Yalta in Ukraine. In addition, the final tournament of the 2012 European Football Championship (Europe 2012) will be co-hosted by Poland and Ukraine between June 8 and July 1, 2012. The final tournament will feature sixteen national teams; the winner will gain automatic entry to the 2013 FIFA Confederation Cup hosted by Brazil.

So, it is a big deal. The host cities will be Warsaw, Wrocław, Poznań, Kiev, and Lviv. These games cost Poland and Ukraine a pretty penny. They had to build six new stadiums and refurbish two, and the two countries had to expand and modernize roads and transportation links between the host cities.

And now both the summit and the football championship are in jeopardy. Tymoshenko apparently has been beaten in jail, and she is also in poor health. Germany was the first to raise its voice against the treatment of Tymoshenko on April 25. A day later Viviane Reding, EU Commissioner for Justice, Fundamental Rights and Citizenship, announced her boycott of the football games.

A few days later Brussels announced that none of the commissioners will attend. On April 30 the Czech president announced his refusal to attend the summit of the presidents in Yalta. The Austrian, Estonian, Latvian, Croatian, Italian, Slovene, Albanian, and Romanian presidents followed suit.

At this point the Ukrainian government became really concerned and proudly announced that by the end of April ten countries had indicated that their presidents will attend: Poland, Albania, Bulgaria, Lithuania, Macedonia, Romania, Slovakia, Croatia, Montenegro and Moldavia.The government spokesman added that Hungary, Serbia, Latvia, and Bosnia-Herzegovina had earlier confirmed their intention to participate. You may note that several of these countries have since changed their minds.

On Friday Iván Andrassew, a reporter for Népszava, wrote an op/ed piece about Viktor Orbán's dilemma. After all, Orbán's model is Yanukovych and if Hungary were not a member of the European Union, Ferenc Gyurcsány and Gordon Bajnai, former prime ministers, would already be in jail like Yulia Tymoshenko.

If Hungary decides to be represented at the summit it will be scorned by the politicians of the European Union. If Orbán decides to stay away from Yalta it would be the greatest hypocrisy to show concern on behalf of the former Ukrainian prime minister.

Well, Hungary held off. It was practically the last country to announce that János Áder, the new president, will not be able to attend the summit "because of his pressing duties." Note that unlike most of the other countries Hungary's announcement carefully avoided the word "boycott" or the name of Yulia Tymoshenko. Instead, the Hungarian Foreign Ministry dwelt on Ukraine's human rights abuses and selective judicial proceedings against former politicians in general.

An interesting twist: the Hungarian announcement came two hours after the Polish president Bronislaw Komorowski announced his intention to attend. Crossed wires? Today, however, Komorowski urged Ukraine to change its penal code "so politicians would bear political responsibility for their decisions but not face prison terms."

The real test for Viktor Orbán will come when he has to decide whether he will attend the European Football Championship. The EU commissioners are boycotting the games and more and more European politicians have indicated that they will not attend.

Although Germany has made no official statement so far, it seems that the overwhelming majority of Germans are of the opinion that Angela Merkel shouldn't go to the games. As we all know, Orbán puts soccer ahead of affairs of state; if the soccer calendar interferes with his job he pursues his true love. As far as I know, he has attended every European Championship match for the last ten years or so. For him not to attend would be a personal tragedy.

It seems that Orbán hasn't made a decision yet. He still has some time to make up his mind. My hunch is that he will join those who argue that sporting events shouldn't have anything to do with politics. President Komorowski at least is of this opinion, but I'm not sure whether his plea will move those politicians and public figures who refuse to set foot in Ukraine. The latest I heard was that Prince William, who was planning to attend, had changed his mind.