A New Front-Line Between The EU And Hungary: Home Distilled Pálinka 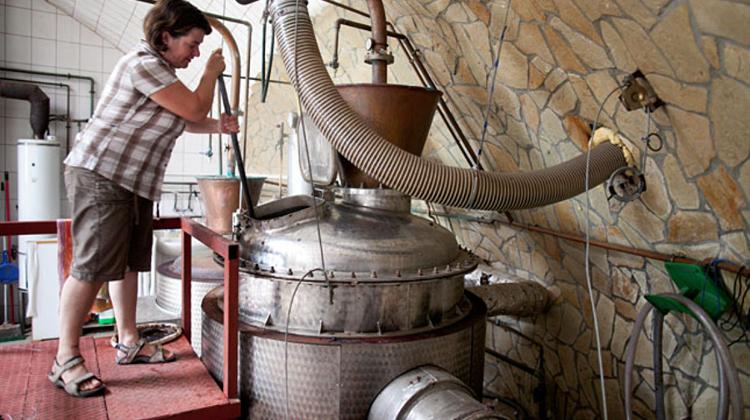 A left-wing commentator welcomes the European Commission’s decision to require Hungary to tax farmers who distil brandy. A right-wing columnist find the demand ridiculous and accuses the EU of applying double standards, once again, towards Hungary.

The European Commission called on Hungary to amend the law which exempts home distilled pálinka, the traditional Hungarian fruit brandy, from duties, up to 50 litres a year. The Commission claims that the Hungarian regulation, which was adopted by the Orbán government in 2010, violates EU legislation, according to which Hungary should only allow a maximum 50 percent reduction of duties.

If Hungary does not comply within two months, the Commission may take the case to the European Court of Justice. The Ministry of National Development released a statement in defence of the Hungarian law, noting that several EU other member states have been allowed to make home made brandy duty free.

In Népszava, Iván Andrassew finds it surprising that it took the EU so long to challenge Orbán’s so called ‘pálinka law’, which, according to the left-wing columnist, “is a clear indication of Orbán’s irresponsibility and populism.” Andrassew contends that duty free pálinka is part of the government’s symbolic nationalism, as while it threatens soft drug users with prison, it facilitates the use of “the most dangerous drug,” the traditional Hungarian brandy. By doing so, the government “helps the production of a substance which kills thousands of Hungarians, causes deadly traffic accidents and fuels murders,” Andrassew concludes.

“The European Commission has not criticized Hungary for two full weeks, so we were wondering if it has started to ignore us completely,” Péter Forró comments in Magyar Hirlap, in an ironic piece on the Commission’s decision. Forró suggests that the case shows how prone the EU is to overregulate all aspects of life. Hungarian farmers have distilled pálinka for centuries, even during times when it was forbidden, and whatever the EU does, this practice is here to stay.

In Magyar Nemzet, Zoltán Dénes finds it strange that the EU institutions have the time and energy to focus on such banal issues as home distilled brandy in the middle of a deep financial crisis which threatens Greece and Spain with insolvency. The pro-government columnist points out that Austrian farmers are allowed to distil brandy without paying excise duty. Dénes believes that the EU applies double standards against Hungary, and that “the leaders of developed Western European countries want to drive Hungary to the wall in retaliation for the Orbán government’s decision to levy surplus taxes on multinational firms rather than Hungarian citizens.”