Budapest Joins The Club Of Metropolises With Public Bike-Sharing Systems 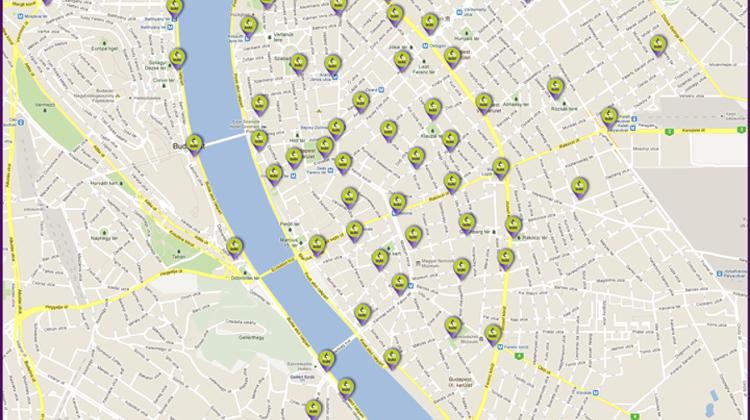 Budapest is about to join the club of cities that offer public bike-sharing by adding this new element in the public transport service portfolio. The play is to keep extending the system after it has proven citizens of Budapest.

What is public bike-sharing good for?
In urban environment, for relatively short distances it is often difficult to take public transport, walking may be too slow. Taking a car requires parking both at the point of departure and destination and car is not environmentally friendly. So it is quick, convenient and above all healthy! Also last years have shown there is a great demand in Budapest for appropriate cycling possibilities. Public bike-sharing is one of the best ways to encourage biking.

What is the name of the bike-sharing scheme of Budapest?
The Budapest system will be named bubi [boo-bie], an acronym for Budapest Bicycle.

Who can use bubi?
Anyone who is fit enough to ride a bike and register themselves beforehand. The scheme’s main target audience are city-dwellers.

Why is registration required?
Previous market research showed that citizens of Budapest would not accept high deposits. Low deposit makes no sense. This means personal registration needs to be introduced so that abusers can be found and banned from using the bikes if necessary. We are considering allowing credit cards holders to use the bikes without prior registration but in that case the card would be deposited upon renting the bike.

Will bubi be free to use?
The bicycles can be used free of charge for half an hour, the next 60 minutes will cost the price of a single transport ticket (now HUF 320), the following 60 minutes the price of two single tickets, and so on. The rental fee is to be paid afterwards by credit card or a special prepaid chip card.

Why will it be free for only half an hour?
The progressive pricing will encourage users to return the bike as soon as possible so that more people can enjoy the service.

What bicycles will be put in service?
As in the case of similar schemes around the world, the bubi bikes will be specially designed with parts that cannot be reused on regular bikes and they are going to have a distinctive, unique appearance in order to reduce the possibility of theft. Their price cannot be compared with a regular simple bike that is available at the corner hardware stores. It will be very easy to ride the bubi bikes, we do not intend to make them too heavy.

When will bubi be ready for service?
Bubi is planned to go live in the second half of 2013.

How many bikes will be available and where?
The first round will include 1,000 bikes, 74 docking stations where bikes can be picked up and returned. 57 stations will be located on the Pest side, 16 in Buda, and one on Margitsziget (Margaret Island). In Pest, the area covered by bubi will extend to the Városliget (City Park) and the Nagykörút (Grand Boulevard), in Buda to the Víziváros and the university campus in South Buda.

No bikes in the Buda hills?
We are investigating a possible future solution and expansion possibilities to the hilly parts of Budapest. Learning from the examples of existing schemes at this stage we decided to concentrate of the flat areas of the city.

Will 1000 bikes for such a large city in such a limited area be enough?
The idea is to install an easily expandable, very flexible scheme which makes it possible to install additional docking stations and bikes outside the initial area as well as moving stations if necessary. The first tender also includes options, so that bubi can be expanded to the direction of Zugló (eastwards) and Óbuda (to north) without further tendering. The more popular bubi will be, the sooner it’ll be expanded.

Does bubi consist of bikes and stations only?
No. A part of the scheme is the related technical background. Video surveillance camera systems are planned to be placed at the stations, which will also be equipped with a computer terminal that is connected to a central computer. The terminal will perform the identification of the users, will be able to tell how many bikes and how many docking stations are available at each service point. This information will also be accessible on the Internet and via smartphone applications. Bubi will have a central system keeping track of the bikes, the docking stations as well as payment transactions.

Who is going to run bubi?
The public bike system is planned to be operated by BKK (Centre for Budapest Transport) as an integral part of the public transport system.

Will bubi make profit for BKK?
The idea of bubi is to introduce and operate a bike-sharing scheme that can contribute to less car use in downtown Budapest which is fully in line with the relevant policy of the city. Hence it needs to be reflected in the pricing. As this is a service without competition there are no market prices that can influence profitability. Similarly to other modes of public transport, bubi requires public funding to operate besides the fees paid by those who use the bikes for more than half an hour.

Vandalism is everywhere and bikes in general can fail to work. How is that managed?
Special transport vehicles, preferably zero-emission trucks will be responsible for moving the bikes between the stations and to the warehouse. The operators of these trucks will be able to carry out minor repairs of bicycles on the spot, so they can immediately be returned to revenue service. The service centre will only be involved in case of serious malfunctions. Customers will be able to report faults at the customer service as well as through the docking stations.

Biking in Budapest is dangerous, car drivers are too aggressive, so public bike-sharing cannot be popular in Budapest.
Recent years have shown that car drivers are respecting cyclists more and more. Once a car driver will try bubi, they will be even more tolerant and accept cyclists as part of the traffic.

On the other hand the bubi project is not only about bikes available to the public, but also about the cycling road network in Budapest. Within the bubi service area, the overall traffic order will be reviewed: new bike lanes will be built, bike icons will be painted on the streets and one-way streets will be made bidirectional for cyclists in addition to recent developments made by the Municipality of Budapest and BKK in the recent years in order to make Budapest bike-friendly.

Experience in other countries show public bike-sharing schemes encourage those owning a bike to ride them once there are more and more bikers on the streets which also contributes to safer cycling. The more bikes are there on the streets, the safer it is.

How much does it cost for Budapest to set up bubi?
The project’s overall budget is 1,100 million Hungarian Forints (HUF), out of which 900 million is EU co-funding and the rest is financed by the Municipality of Budapest. The project is currently in the design phase.