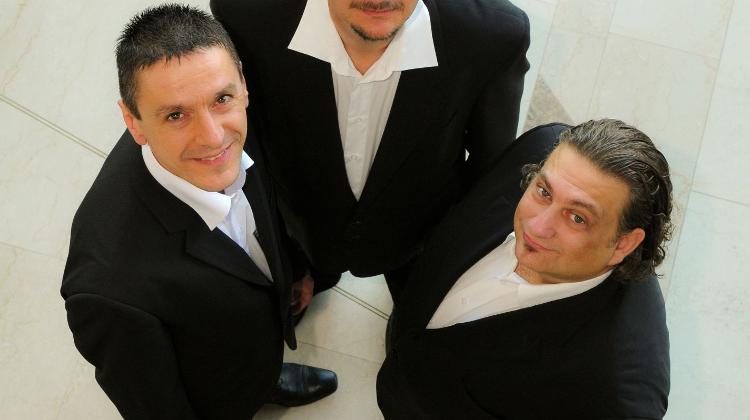 You asked for it, jazzed up: a live request show from half past seven. Almost as old as jazz itself is the reinterpretation of compositions from various other musical idioms to fit the distinctive stylistic parameters of jazz. Most jazz standards were borrowed from Hollywood or Broadway musicals, but many notable tunes from the various Latin genres and the worlds of rock, pop and classical music have been transformed into jazz evergreens.

Formed in 2007, the Péter Sárik Trio is unique in Hungary in having introduced the concept of the jazz request show last year, forming its repertoire of new standards interactively with audiences.

The huge success of the initiative prompted the trio to immortalise the best adaptations on CD, which explains how one record can contain covers of music by artists as diverse as Beethoven, Mozart, Bartók, ABBA, Massive Attack, Queen, Beatles, Amy Winehouse and many more and many more.

Péter Sárik’s skills as a composer have been recognised not only by the general public but by the international jazz cognoscenti as well.

Two numbers from the trio’s 2010 album Pieces were podium finishers at one of the world’s most prestigious competitions, the International Songwriting Competition held in the United States.