Photo Article: (Some Of The) Best Burgers In Budapest 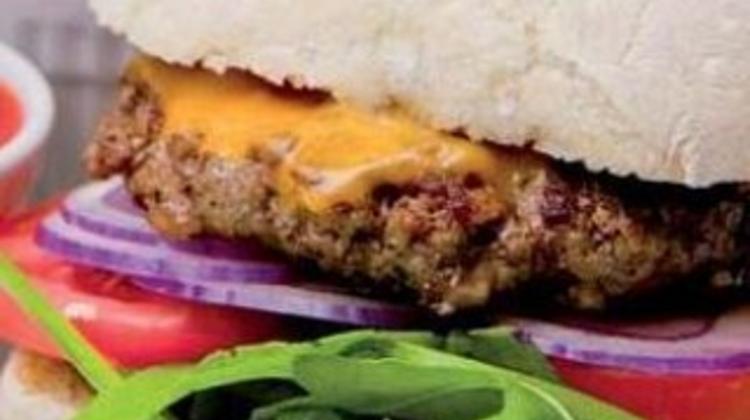 By <a href="http://welovebudapest.com/en"target="blank">We Love Budapest</a>: Besides pizza, hamburgers are definitely the most popular fast foods in the world, and have given life to both mammoth-sized franchises and tiny burger joints during their century-long history. As the years went by, heaps of nation-centric burger variations have mushroomed, and eateries focusing on burgers have appeared in every country from Australia to Hungary. To make things easier for you here, we’ve collected some of the best burger places Budapest has to offer:

Marika Néni Café - The name of this loveable spot located a short walk away from restaurant-heavy Ráday utca is more than misleading. Marika néni – Aunt Mary, if you insist -, the heart and soul of this out-of-a-fairytale burger place has been attracting beef-in-a-bun fanatics with her masterful creations from all over Budapest for more than 8 years. You can choose from 40 types of burgers and 7 sizes of buns – be aware, for you might confuse the biggest one with a medicine ball. Marika néni’s talkative nature and her tasty burgers are so popular that dropping by for a quick lunch is out of the picture, and pre-ordering your meal by phone is highly recommended.

Magic Burger - Love makes everything better, and, in the light of Magic Burger’s story, it’s even true in the curious case of hamburgers. Magic Burger, housed by a trailer located in Óbuda, in the vicinity of Aquincum, is run by a young couple who are just as enthusiastic about each other as they are about making the finest burgers in the city. It’s not a coincidence that, despite being quite far from the always-busy downtown area, Magic is one of the most frequented burger spots in Budapest. Three types of buns – one holding no surprises, one sprinkled with sesame seeds, and a third variation with onions, made from whole wheat flour – are available, which are stuffed with freshly-fried, mouth-watering chunks of steak, homemade sauces, vegetables, and tons of melted cheese. Prices are moderate, while portions are on the other side of the street, so you’ll leave neither hungry nor with empty pockets.

Bodega is another trailer buffet, although this one can be found at the Pest-side end of Rákóczi híd (Rákóczi Bridge), so taking the trip won’t wear you down like a four-hour-long baseball game broadcast. We can’t emphasize it enough how important it is to never judge an eatery either by its location or by its looks, for Bodega’s selection is surprisingly varied and sophisticated, and is pillared by a weekly-changing menu which includes specialties such as cheese burger soup.

Apropos: burgers at Bodega are hot, spicy, and deliciously Mexican - just like the buffet itself, which also serves fan-favourite Mexican dishes like quesadilla. Steaks are made from either chicken or beef, and are boosted by the usual toppings. All in all, giving Bodega a try tis a must if you're a burger maniac - especially because the artists of nearby institutions such as MÜPA (The Palace of Arts), and dozens of office workers who flood the place at lunchtime can't be wrong.

Ring Café & Gourmet Burger Bar -  located on illustrious Andrássy út (Andrássy Avenue), represents a different price category, though we have no intention of making judgements regarding the quality, it’s up to you to decide which burger spot you prefer. Anyway, the ingredients used at Ring, which is arguably the best burger-munchery in Budapest, are all A-plus from the steak all the way to the lettuce leaves. You can choose from 17 gourmet burgers and 3 specialties – including an Angus Steak Burger that is so delicious that it would convert a vegetarian into a meat-eater after the very first bite.

Black Cab Burger - Situated on Mester utca, a full court basketball heave away from restaurant-heavy Ráday utca (Ráday Street), Black Cab Burger is one of the most frequented burger joints both in the neighbourhood and in Budapest. Burgers are available in two sizes, and can be doubled up for a few hundred Forints. The selectable toppings include grilled onions, red onions, lettuce, jalapeno, three types of cheese, various sauces, and many more, so rest assured that you'll have a hard time putting together a junior-sized burger. In case you have the appetite of a heavy weight boxer, give one of Black Cab's specialties, the Giga Double Decker Burger a chance.