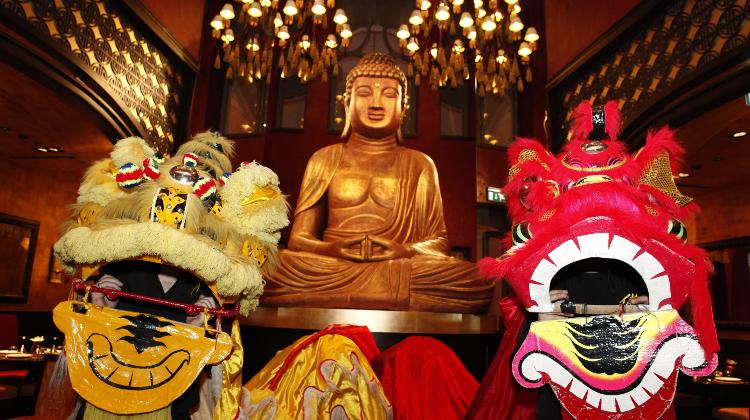 Buddha-Bar welcomes the Year of the Snake with the Asian Lunar New Year’s Eve Party on 9th of February, which is also the official pre-party of the Lunar New Year Festival. Upon this occasion, on the 9th of February, the Buddha-Bar Restaurant, featuring Pan-Asian cuisine offers a four-course speciality menu selection, followed by fortune cookies and a traditional Chinese tea ceremony, only for 9.900HUF.

On the 10th of February 2013, Far Eastern and Hungarian artists, acrobats, musicians and sportsmen are celebrating the Year of the Snake together at the greatest Lunar New Year Festival of Hungary, at Millenáris Park.

All Ladies are welcome for a special "Year of the Snake" cocktail between 9-12pm.

The Year of the Snake cocktail will probably bring your fortune too, thanks to its lucky components. The ingredients mixed in this cocktail bring luck, wealth and happiness according to Chinese traditions (Apricot liquor, Litchi puree, Pomegranate syrup, plum jam, orange juice and lemon juice). Of course the crown on the cocktail is the Absolut Elyx vodka.

Emese Dombóvári, Bar Manager of Buddha-Bar Lounge recommends three asian-themed cocktails on this evening: besides the "Year of the Snake" specialty, the "Ying Coco Yang" cocktail, flavoured with Thai chili, gin, coconut and green lemon, as well as the "Majestic" cocktail, made of Vodka Martini with basil and fresh pineapple.

Accompanying the cocktails, we recommend Tapasian Snaks: the Vietnamese spring rolls with sweet and sour sauce are a perfect match.

The Buddha-Bar restaurant, lounge and bar concept was born 17 years ago, and the franchise has been expanding around the world in 15 countries since then, becoming a worldwide-known brand. It is present in two Asian countries: in Manila of the Philippines, which has opened it’s gates in January 2012 and the new brand of Buddha-Bar, the B-Bar was introduced in Delhi, India, opened in summer of 2012.

The chain which is known for it’s unique atmosphere, individual musical style mixed by its resident DJ’s and signature cocktails, has also arrived to Budapest last year, with direct access from Váci Street.