100 Days Till VOLT Festival In Hungary With Knife Party & Bonobo 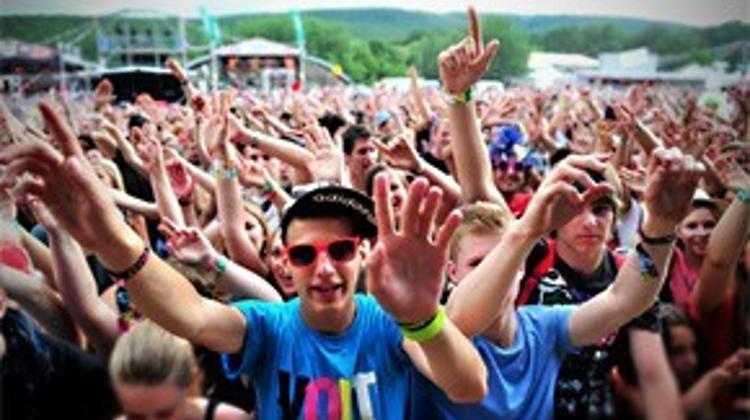 100 days left until the gates of VOLT Festival open and now the organizers have announced new international all-stars and, many Hungarian bands to the already prestigious line-up. Acts like Knife Party, Bonobo, Borgore, Turboweekend and Skream will also hit the stage in Sopron.

The all-star international line-up of the festival have more new names, so in July the fans can see Knife Party, the successful electro house duo, members of the former Pendulum combo. Turboweekend are Danish hipster parties’ favorite, an indie pop band with a hint of electro and now they are also confirmed for VOLT.

DJ-producer Simon Green aka Bonobo, one of the most sophisticated representatives of electronic music will play his live set in Sopron, while dubstep legend, Skream, member of Magnetic Man, will also make the audience dance. With its exciting atmosphere, Klangkarussell from Austria will surely entertain and Borgore, one of the most popular dubstep icons will also hit the stage at VOLT Festival.

Besides the exciting international all-star line-up the organizers have announced many Hungarian bands as well. Zoltán Fülöp and Norbert Lobenwein, main organizers of the festival, said:”From the very start it has been important for us to add Hungarian artists of all styles to the line-up in a large quantity.

We can proudly say that many of the best Hungarian artists are playing at VOLT: we plan a big number of performances this year with many specialties and unique concerts. When putting together the line-up we emphasized on bands who are the most actual and who we believe in. On one hand it is important that we show something new, but it is also important for a band’s career to have a good international festival performance.”

Just to give you a short insight of local bands, here are a few of the bigger names. Weeks earlier maybe the most popular Hungarian pop act, Ákos was announced, who arrives to Sopron with a two-hour show. Among the other Hungarians who will perform on the Main Stage we can find solid rock ambassadors Tankcsapda, alternative pop-rock phenomenon Quimby - also playing a European club tour this April and May -, pop-punk heroes Supernem, local hip-hop icons Punnany Massif and live dnb masters Brains.

Of course there are a lot more great Hungarian bands in the line-up, ready to be discovered by all foreign guests as well, so make sure you are open for local quality!