Xpat Opinion: Anti-Semitic Motorbike Action To Be Banned In Hungary 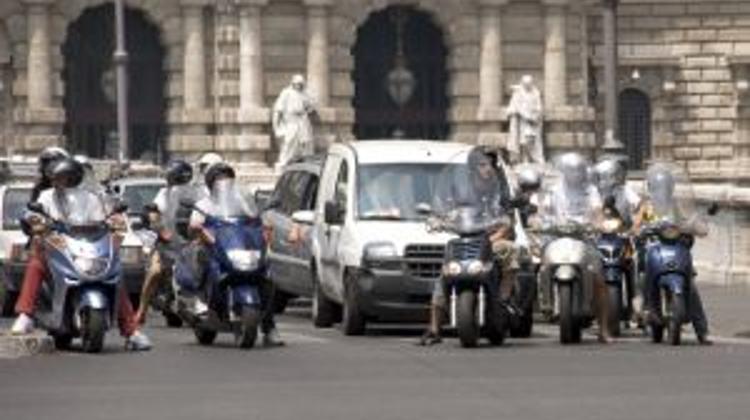 A leftist daily welcomes the Prime Minister’s decision to have an anti-Semitic demonstration planned on Holocaust Remembrance Day banned.. Other centrist and left-liberal columnists, on the other hand, call for freedom of assembly for all citizens, including those who oppose freedom itself.

In Hungary, a “March of Life” is organized annually in memory of Holocaust victims. A far right website recruited motorcyclists to ride through the capital and pass the main Synagogue on the same day (April 21st). The Jewish community protested, Fidesz floor leader Antal Rogán condemned the organisers, and even a radical right-wing bikers’ club, who call themselves the “Goyim Riders” and who were originally believed to be behind the planned ride-past have dissociated themselves from what they called a “tasteless” initiative.

In an interview with Heti Válasz, the organizer – a district Jobbik party official – claimed that no offense was intended but said he is ready to apologise in exchange for an apology from his detractors. The slogan chosen for the ride-past of the bikers was ‘Adj Gázt!’ in Hungarian, which could be translated as ‘step on the gas’ – the double meaning of which, on Holocaust remembrance day, was presumably meant to be a sick joke. On Monday, Viktor Orbán told Parliament he had ordered the Minister of the Interior to prevent a rally “that could hurt human dignity.”

Népszava proudly announces that “the power of the press” has prevailed and Viktor Orbán “for once, took a decent position.” György Sebes complains nonetheless that “if not on April 21st, they will march on another day,” and Orbán’s party, as well as all other parties, have let “things get this far.” Therefore, claims the author, they are all responsible for anti-Semitism and racism in Hungary.

On Mandiner, on the other hand, Ákos Gergely Balogh points out that the right of assembly is a basic political right, even if the citizens who assemble hold unsavoury views. The government had a difficult choice between the predictable charge of anti-Semitism if they – as the law prescribes – let a de facto counter-demonstration take place, or the less risky but in all probability unlawful solution of banning the rally. Eventually, the police was told to prevent the rally, just as they tried to in the case of the Gay Pride Parade, a Jobbik rally, and an anti-war demonstration of the Humanist Movement (an independent fringe group), although in each of those cases the ban was overturned and the rallies were authorised by the courts.

Balogh stands firmly by the principle of political liberty: offending the sensitivity of others is insufficient ground to ban a demonstration, he suggests. If a “toy Nazi” hurts the sensitivities of many, there will be other groups – gays for instance – who will be found offensive by others.

Index’s Gábor Miklósi concurs. PM Orbán could have used even stronger words, he says, instead of speaking about human dignity, “he could have called the organizers who came up with the idea to pull up at the largest synagogue of Budapest, sick and barbaric idiots”. Nonetheless, they are Hungarian citizens and as such, they have the right “to make their infinite stupidity public” and exercise their right of assembly.