Weekend Escape To Malta From Budapest 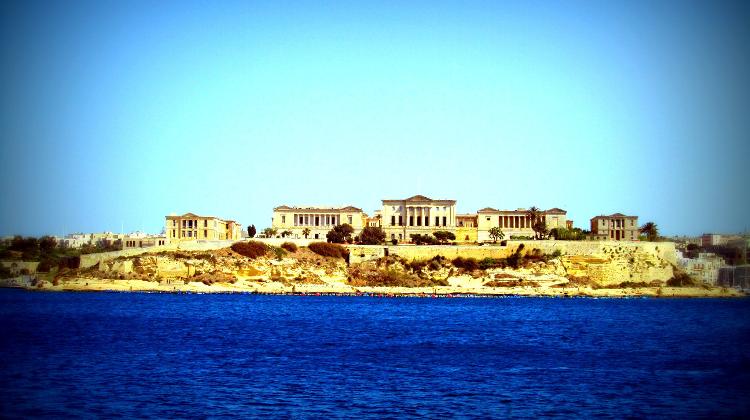 As WizzAir now provides expats in Hungary with flights timed for a weekend away in Malta, here's an insightful report about the ways locals suggest to enjoy this new 'Wizz destination'. "Two days isn’t enough!” my Maltese friends Michael and Jennifer exclaim when I tell them I’m coming to Malta to experience the island like a local. Their email recommends I stay at least four days, especially seeing as there are no trains on the island to ease my journey. “Only buses,” they say, “which are fine around the capital, Valletta, but can be unreliable further out.”

Reading this, I laugh. I’ve done my homework and the island of Malta is small enough to cross in under an hour, so a minor bus delay would hardly upset my agenda. Travel today isn’t about ticking off the sights in a guidebook; and travellers want to see more than just the usual tourist hotspots. And, thanks to the internet and social media channels, this is possible in almost every destination.

So, before I packed my bags, I hit up Twitter, Facebook, e-mail, you name it, trying to come up with the ultimate “must-do” list for my stay in Malta. Michael and Jennifer were my first port of call, having lived in Malta for many years, and been my friends even longer.

Top on their list is the Hypogeum; a subterranean burial ground (hypogeum means ‘underground’) hewn by ingeniously following natural fault lines in living rock to construct a structurally sound complex of three levels, the oldest dating back to 3300 BC. “This must be booked months in advance and you can do this online at  booking.heritagemalta.org,” they tell me.

True to their word, when I arrive, a sign states that the Hal Saflieni Hypogeum is fully booked for the month. Luckily, I’d listened to their advice and reserved my spot early. (Note: 20 tickets are released daily at the Museum of Fine Arts, Valletta, at a premium for late planners/early risers).

My next destination is St John’s Co-Cathedral in Valletta. This Catholic cathedral was commissioned in 1572 as a conventual church for the Knights of St John who succeeded in defending the faith against the invading Turks. In the 1820s, it gained Co-Cathedral status when the Bishop of Malta was granted permission to use it as an alternative see (seat) to his cathedral in Mdina. While its exterior remains true to the fortresses of the time, the interior, which was re-decorated in the 17th century is a spectacle for the eyes.

Gilded in gold, its baroque style is a magnificent display of reverence across eight mini-chapels, each dedicated to the eight “langues” (lands of origin) of the Knights. As I stroll Valletta’s streets, taking in the red and green enclosed balconies, narrow alleys and hidden museums, I understand why Wizz Air passenger Iva Ivanova wrote “ La Valletta: love, love, love” on the Wizz Air Facebook page.

I uncover the Manoel Theatre (one of the oldest working theatres in Europe) and view the Three Cities ( the Knights' fortified cities of Cospicua, Vittoriosa and Senglea) from the Upper Barrakka Gardens as I place my trust in Facebook, again, for some Maltese fare.

Quick off the mark, my friend Kristina Gatt tells me to “Have one of the massive sandwiches they sell on the waterfront called a ftira – so tasty!” By now I’ve meandered into the silent city of Mdina and, after exploring its beautiful ancient streets and gawping over its panoramic island-views, I stumble across Fontanella Tea Garden ( 1 Bastion Street, fontanellateagarden.com) in one of its bastions. Kristina wasn’t kidding, the sandwich is enormous, overstuffed with tuna and tomatoes.

I waddle along to her next suggestion: “Ta’ Qali craft village is cute. I used to love watching the glass blowing.” The village is quaint and the glassware, a rainbow of colour and designs. A craftsman manipulates the molten material with ease into everything from a swan to a fish. Tonight, I’ve been invited by a Msida local to the Hard Rock in Valletta Waterfront for a comedy night in English.

As I navigate the massive drinks queue, Richard Light, a Kent University student who’s studying in Malta and moonlighting in comedy, regales me with a tale of Comino, a small Maltese island north of the mainland. “Jumping off a cliff into its Blue Lagoon is one of my most memorable moments. I saw pictures before I went and thought it looked beautiful, but seeing it for real is amazing.” Well, you can guess where I’m headed tomorrow. “ And see Dingli Cliffs if you’re into nature,” he adds.

“They overlook the sea and it’s lovely to roam around.” Marked by the charming St Mary Magdalene Chapel, Dingli Cliffs sit on Malta’s western coast and are the island’s highest point. High as in 250m above sea level. Still, it’s an impressive drop of rolling fields and farms all the way to water’s edge. A glance in the other direction confirms my opinion of the mainland’s size as I’m granted even more sea views… only now they’re of Valletta’s harbour on the east.

With no time to roam (sorry Richard!), I hop back in the car with my mind set on getting a picture of the Blue Grotto. The boats that weave through its network of sea caves aren’t running due to high winds ( and sadly, neither is my boat to the Blue Lagoon), though the view from above is arresting. A high arc of rock and scattered vegetation stretches into the blue, opening the cave to a stream of sunlight that plays wonders with the aqua-coloured water.

Boats on my mind, I detour to the fishing village of Marsaxlokk, where traditional boats ( luzzu) painted in rich colours and adorned with the lucky Phoenician Eye of Horus, overtake the port. Morning catches are sold to waterfront restaurants like Southport Villa & Gardens ( Xatt is-Sajjieda Street, southport.com.mt ) who alter their menu accordingly, but for a catch closer to the capital, Sciacca ( St Augustine Street, sciaccamalta.com) in St Julian’s is a worthy alternative.

Modern and chic, its offering of fresh seafood is a culinary delight. I ask the chef for his recommendation and complement it with the local Medina wine as my phone buzzes. ” Where are you?” The message reads. “ You know where Le Méridien in Balluta Bay is? We’re going to Simon’s Pub, which is near it.” No. I don’t know. And neither does my taxi driver, who leaves me to my own devices at the hotel. After a short trek up a steep road, the row of bars where Simon’s Pub lives comes into view ( Triq Mons. G. Depiro).

It’s a kitsch affair in what looks like a converted townhouse with all manner of paraphernalia lining its glowing green walls. My invitee, Laura, who lives in St Julian’s, greets me from her table. She’s a Lithuanian ex-pat working and adoring the sunshine here. “What are your plans for tomorrow?” she enquires.

I mention Golden Bay and her eyes light up. She proceeds to direct me towards its adjacent (and her preferred) beach, Ghajn Tuffieha. I spy it from atop the cliff that borders the two beaches. On one side is Golden Bay, an open and inviting expanse of yellow sand.

On the other, a narrow and remote beachfront, tucked neatly away and accessible only via a steep flight of stairs. I grit my teeth as I descend the 70-something steps to the end of my challenge and reassure myself that I’ll deal with the climb back when I have to. After all, who am I to deny the expert opinion of a local?

● Learn it - Having only gained independence from the UK in 1964, Malta possesses some of the most reputable English language schools in the Mediterranean. IELS Malta draws students worldwide and offers a range of courses across various skill levels and intensities, providing you with high quality training and ample leisure time to explore the country.

● Live it - Discover Malta with all the personal touches and none of the shaky social media prep we had, with My Tour Talk (mytourtalk.com). Out in April, this free app is like having a local for a guide. Choose your attractions and experiences and it’ll organise an itinerary to suit, with commentary by locals. Best of all, you don’t need Wifi to access it – just download and go.