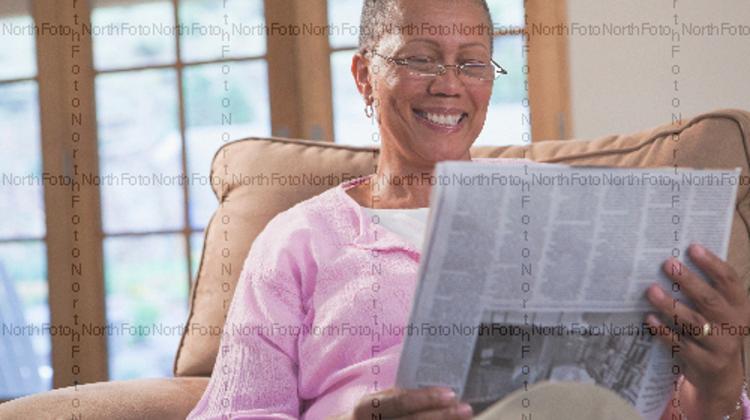 Viktor Orbán’s regime is Fascist with a human face; the constitution prohibits abortion, and judges of the Constitutional Court are sacked at will – these and other allegations can be read in foreign media reports about Hungary. The sources of those articles tend to be the same “independent” Hungarian intellectuals, says Heti Válasz.

Balanced accounts are few and far between – that’s our impression after having studied recent media reports about Hungary. Prompted by How does culture fare in rightwing, nationalist Hungary? – a documentary broadcast by a Swedish public service television channel, which criticized the country and not its government in its very title, we have examined foreign coverage of Hungary in the one and a half years since early 2012.

Why did we limit our study to that period? That’s because critical comments have been made even before that but since Hungary’s new constitution (Basic Law) has come into effect, the government (and the country itself) have been blacklisted. To start with, the constitution has been labeled “reactionary” and “retrograde.” There have been repeated distortions and outright lies in the foreign media reports and many of them relate to the constitution.

The economy came up the most often. It was followed by the far right and “democracy deficit.” Nézőpont Intézet says 6 percent of the reports have an affirmative tone, 48 percent are neutral and 46 percent are negative.

Often a rational and justified criticism of the government is missing from the reports. It is replaced by bombastic statements and the desire to shock readers. True, it comes in handy for the correspondents when Lóránt Hegedűs, a far right pastor of the Hungarian Reformed Church – exploiting the freedom of Churches – dedicates a bust of Miklós Horthy.

In the Western media Horthy is always referred to as an “ally of Hitler.” Small wonder, soon after Horthy’s bust was unveiled, the World Jewish Congress called on the Hungarian government to intervene.

Many of the foreign media reports rely on a limited circle of “independent” people, who propagate their political views without any self-questioning or self-reflection. It is not the mistake of Ágnes Heller, Rudolf Ungváry or László Pityinger (whose nickname is Dopeman) that views opposing theirs do not appear in the reports.

Pianist and conductor Zoltán Kocsis has aptly written about the consequences of this situation. In the middle of October 2013 he told this weekly that Hungary cannot become a great power in music as long as Hungary is a “punching bag.” “Both sides should be open to making a compromise,” Kocsis said. “Those who criticize Hungary from within or from abroad and recommend that Hungary should be boycotted, and also those who behave in such a manner that provokes such recommendations to start with.”

“Fascist with a human face” – that is the summation of Viktor Orbán’s political style. That is at least if we take the opinion of Rudolf Ungváry seriously. And shouldn’t we if the foreign media appreciates his opinion so much. His name became known following a demonstration in 2010. [On November 2, 2010, the NGO Hungarian Democratic Charter held a demonstration at the statue of Imre Nagy in Budapest and Ferenc Gyurcsány was among the speakers.] The speech Rudolf Ungváry delivered at that demonstration included an obscene sentence. (“Those questioning if I am Hungarian should fuck off.”)

Since then the German-speaking media have repeatedly interviewed him. A few days ago he was among the speakers in a panel discussion in Vienna, and Kurier and Wirtschaftsblatt readily quoted the above-mentioned phrase he coined about Hungary. If Rudolf Ungváry is not sufficiently tough in the ideological front, eventually he may be branded an apologist of the “regime.” After all, how can a “Fascist” system have a human face?

The writer György Konrád has been moving along a similar course. In a documentary about Hungary by Al-Jazeera news organization of Qatar, he referred to Hungary as a Führerstaat and a “soft dictatorship.”

Others have used even harsher terms. In January 2012 Italian philosopher Paolo Florés d’Arcais published a hostile article in the French leftwing daily Libération. As he put it, Europe should isolate Viktor Orbán’s “postmodern Fascism.”

Adam Michnik, editor-in-chief of Gazeta Wyborcza, gave an interview to the German Spiegel in July 2013 in which he said Orbán’s ideas about power remind him of Hitler’s governance by way of special decrees.

Although such opinions are irritating, one would pay less attention to them if there weren’t similar allegations in factual reports about Hungary too. What is missing from those reports is evidence.

The online version of the German Focus­ magazine has carried a series on radicalism in Europe. Writing of the Jobbik party, a report says – without supplying proof: “The ruling Fidesz has said that the Jews, the Roma and the homosexuals have dual loyalty.”

Focus goes on to allege that Viktor Orbán’s party has embraced issues that were originally propagated by Jobbik, as for example: “the death penalty, the protection of Hungarian farmland and ‘combating Gypsy parasites’.”

John Feffer went even further in huffingtonpost.com on July 7, 2013. The very title of his article is insulting: “Hungary: The Cancer in the Middle of Europe?”

The correspondents usually defend such reports by saying that they have only criticized the government and not the country – but those examples do not confirm such defense.

The above-mentioned Swedish television documentary followed that path. Its presenter, Kristofer Lundström left nothing to chance: he did not interview anyone who could challenge the statement that is implied in the title of his documentary. He has interviewed everybody who “counts”: philosopher Ágnes Heller, theater director Róbert Alföldi (who was “obviously” sacked from the head of the National Theater and it was not the case that his contract expired), and László Pityinger (Dopeman).

As for Dopeman, he first appeared in the foreign media in September 2012 when he was interviewed by Paul Lendvai in a documentary, entitled National dreams – Is Hungary saying goodbye to Europe? The documentary was shown on an Austrian public service television channel.

Alongside Rudolf Ungváry, Dopeman was a key interviewee of the almost hour-long Swedish documentary. The fact that he appeared in that documentary sums up the professional problems of such films. In Hungary Dopeman is known as a rapper, who occasionally dabbles in politics, has taken part in a demonstration where he aggressively kicked a mock statue, and in his songs he irreverently refers to women. However, in a foreign documentary he was presented as an exemplary figure respected among the young in Hungary.

On December 4, 2012 the French–German Arte television channel broadcast a documentary about Hungary, whose star was Gábor Iványi, leader of the Hungarian Evangelical Fellowship (Magyarországi Evangélikus Testvérközösség). Gábor Iványi was introduced in the above-mentioned documentary of Al Jazeera as a savior of the homeless. In that film it was also said that the government neglects the poor.

Alleging that homelessness is banned in Hungary is at a distance of just one step from there. Actually that step was taken by Caroline Fourest writing for Le Monde on January 7, 2012. The way that anticlerical activist sees it, Hungary’s “retrograde constitution” has banned homelessness. Actually, that is technically impossible because such affairs come under the competence of the local governments. But Fourest also made another shocking statement: the new constitution penalizes abortion.

Surgical intervention without a good reason?

That is not the only cause why Hungary is Europe’s most depressing country, where even the lives of women are in danger. That is at least if we believe the words of Andrea Tarquini. In a Sunday edition of the Italian daily (December 1, 2012) La Repubblica, she interviewed Györgyi Tóth, a staffer of Nők a Nőkért – Együtt az Erőszak Ellen Egyesület (Women for Women – Association to Oppose Violence). The article says the number of wives murdered by their husbands is three times as high in Hungary as in Italy. Furthermore, the government is questions the right to abortion but considers having children a duty.

These statements are only corroborated by stating that obstetrician Ágnes Geréb “was handled roughly, her foot was shackled and then she was imprisoned.” Those women turn to Ágnes Geréb and choose the opportunity of delivering their child at home who are afraid of the male doctors. If they don’t get a generous tip, the male doctors are brutal. They go ahead with their scalpel “without a good reason” and even without applying painkillers.

Writing for the British weekly Observer (January 8, 2012) Will Hutton claims that the constitution bans abortion and same-sex marriage. He follows the new “rule of thumb” of mentioning Hitler whenever an article is about Hungary. Will Hutton writes that when Viktor Orbán offered fast-track citizenship for Hungarians who live beyond Hungary’s borders, he did what Hitler did in the case of the Germans of Czechoslovakia.

If Hungary is home to such “terrible” things, the foreign readers are even likely to buy reports about the far right excesses of the prime minister.

On September 27, 2013, in a review of a theatrical performance, Le Monde wrote that Viktor Orbán has “compared the Roma to animals, whom society should get rid of.” After Ferenc Kumin, Hungary’s state secretary for international media relations, requested a correction, Le Monde published a correction – but that is an exception.

As a matter of fact, a similar statement has indeed been made. The author is Zsolt Bayer. The Hungarian daily that published it was Magyar Hírlap. Zsolt Bayer wrote, among other things: “As for this group of Roma, they are like animals. This group behaves like animals.” ... “And the animals should be got rid of.” The Hungarian Media Council has fined Magyar Hírlap for carrying that article. So far Zsolt Bayer has been the only journalist whose article has incurred a fine on an ideological basis. That fact should be borne in mind when generalizations about censorship and oppression are heard. Unfortunately, that piece of information is usually “lost.”

The shift towards the far right cannot be accidental in a country that is grossly violating the principles of the European Union and derides the shared values of the EU – a “well informed” citizen of Europe might think. That is if he believes Ralf Leonhard who, on August 14, 2013, alleged in the German Tageszeitung that Hungary prohibits the citizens of the European Union to buy farmland in Hungary.

It is impossible to do anything against such rules – Peter Riesbeck wrote in the German Berliner Zeitung in July 2013 – because the “justices of the Constitutional Court have been dismissed.” Not even the Hungarian repressive regime is perfect because – after some bargaining with Brussels – the justices were retaken to the Constitutional Court.

That was another instance of distortion: the concerned journalist mistook the sending of judges to retirement at the age of 62 for the status of the justices of the Constitutional Court.