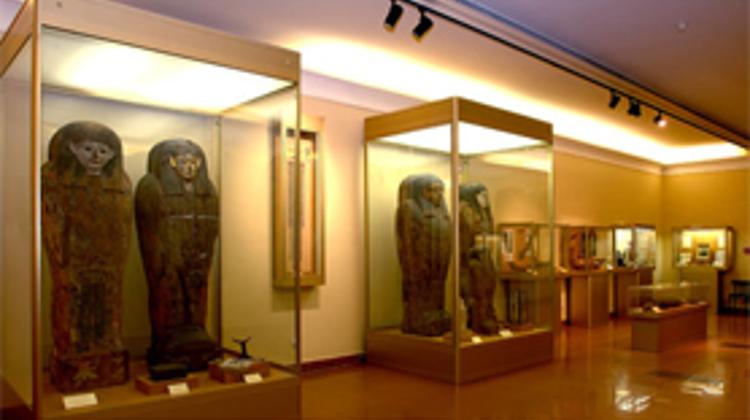 The Collection of Egyptian Art, counting nearly 4000 items, is one of the richest in its kind in Central Europe. It is unique among the other collections at the Museum of Fine Arts in that it holds objects which result from Hungarian excavation projects.

At the beginning of the 20th century a Hungarian-Polish expedition carried out excavations in Central Egypt; in 1964 rescuing excavations took place in Nubia, accomplished by the aid of international collaboration; and then in 1983 the excavations at Theba also yielded a copious material. Several remarkable works of art, like the Statue of Crown Prince Sheshonq from the 9th century B.C., the 3rd-century B.C. Seated Cat, as well as the latest purchase, a 4000-year-old Magic Wand carved of a hippopotamus tusk, are on show in the permanent exhibition.

The collection of classical antiquities at the Museum of Fine Arts in Budapest is the most comprehensive collection in Hungary.

Among the 3000 pictures preserved in the collection, the abundant section of Italian paintings spans a magnificent period of art. It represents the most remarkable achievements from the beginnings marked by the names of Giotto and Duccio through the works by the greatest Renaissance masters like Raphael, Giorgione, Titian, Tintoretto and Veronese up to the age of Tiepolo.

A gem of the collection of Netherlandish paintings is The Sermon of St. John the Baptist by Pieter Bruegel the Elder. Masterpieces by Van Dyck, Jordaens and Frans Hals allow a glimpse into the 17th-century Golden Age of Dutch and Flemish art.

The Spanish section, one of the most significant of this sort in Europe, is marked by paintings of El Greco, Vélazquez and Goya. Prominent works by Holbein the Elder, Cranach, Dürer and Maulbertsch enrich the collection of German and Austrian art. The French collection, although more modest in its dimensions, also includes celebrities as Poussin and Claude Lorrain; whereas British painting is represented by Reynolds and Constable, among others.

The exhibition has undergone a radical transformation in the past few years. In 2003, the new presentation of the German and Austrian schools opened the series, to be followed the next year by Netherlandish, Dutch and Flemish painting, and succeeded by displays of Spanish, Early Italian and British art in 2005. By the end of this year, the process will reach its conclusion with Italian Renaissance and Baroque, as well as French painting.

The Collection encompasses the history of European sculpture until the 19th century. It shelters among its 600 items such jewels as Leonardo's equestrian statuette and the Man of Sorrows by Verrocchio. The Renaissance and Baroque small bronzes also deserve reputation. The German, Netherlandish and French Middle Ages are well represented by various works, like Beautiful Madonnas from the 14th century and wooden sculptures stemming from the Late Medieval Riemenschneider workshop. Donner and Messerschmidt represent Austrian Baroque art, the brightest period of sculpture in the region, with a number of fine works.

Embracing the history of drawing and reproductive techniques from there beginnings to present day with its nearly 10 000 drawings and 100 000 prints, the Collection preserves numerous masterworks by such artists as Leonardo, Raphael, Dürer, Altdorfer, Wolf Huber, Poussin, Rembrandt, Delacroix, Manet, Van Gogh and Cézanne.

Similarly, in the outstandingly rich and manifold collection of prints, noteworthy curiosities can also be found. However, due to the light sensitivity of paper, all these pieces can be displayed only in temporary exhibitions, for a limited period of time, installed in the Graphic Cabinet, a hall which preserves its early 20th-century furnishing.

Department of Art after 1800

The Department of Art after 1800 houses paintings and sculptures - altogether some 1000 - which were produced after 1800. The 19th-century French collection, with its scope reaching from Romantism to Post-Impressionism, includes paintings by Delacroix, Corot, Courbet, Manet, Monet, Cézanne and Gauguin. Sculptures by Rodin and Maillol complete the picture of this period.

Austrian Biedermeier is represented by Waldmüller's, Amerling's and Danhauser's paintings. As for the German painting of the mid-19th century, one can get a taste from canvases by Leibl, Lenbach and Menzel, while Symbolism is evoked by Böcklin, Stuck and Khnopff, three important artists of this style.

Paintings by Kokoschka, Slevogt, Utrillo, Severini and Chagall provide an image of the schools of the first half of the 20th century, whereas works by Albers, Vasarely, Anthony Caro and Abakanowicz allow an insight into the more recent tendencies.

In the eight halls of the first floor, the major schools of French art are representedfrom Romanticism to Post-Impressionism, while one chamber presents the art of German, Austrian and English masters. The selection presented in the lower level displays newendeavours from the turn of the century, allowing their national features to be studied alongside analogous artistic ideas.