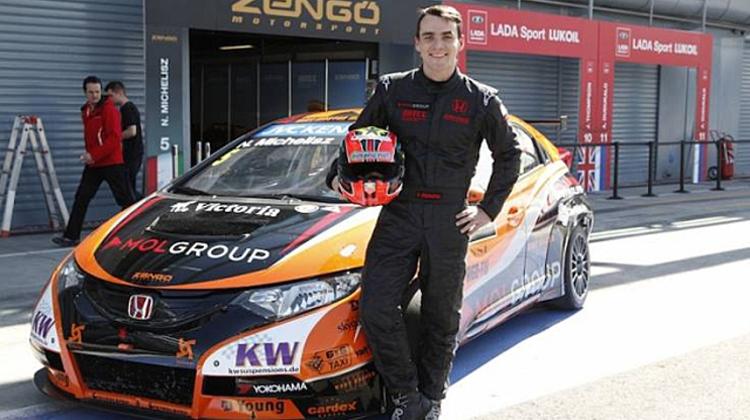 At the beginning of May, motor sports fans can enjoy a treat: the World Touring Car Championships (WTCC) will be holding two races at the Hungaroring racetrack near Budapest, preceded by a May day public event on the Danube banks, complete with air show and star-studded activities!

In 2013, the Hungaroring hosted the 7th and 8th races of the World Touring Car Championship WTCC. This year the great Hungarian venue will be holding races number 5 and 6 there on the 2nd-4th May. Tickets and full race schedule are available on the Hungaroring website. At the timer of writing, the previous 4 races have already taken place in Morocco and France and the Citroen Team are well in the lead.

Will the Citroen C Elysée be able to drive them on all the way to Macau in November? Popular Hungarian driver Norbert Michelisz is carrying the hopes of Zoltán Zengő and his Zengő Motorsports team, as well as those of legions of Hungarian fans in his Honda Civic 1.6T. Click here for season results so far.

On Thursday May 1st the race organisers have planned a crowd warm-up event in the form of the Nagy Futam II (Great Race II.) There will be an airshow from 11am to 1pm over the downtown section of the Danube, including Hungary's most beloved stunt pilot Péter Besenyei opening the show taking off from Elizabeth Bridge, then a parade of aircraft such as WWII fighters and bombers, a lumbering wizzair airliner, Russian and American military helicopters, many of which will perform aerobatics routines.

There will even be skydivers too, before the entertainment shifts to the more earthly delights of large motor cars roaring up and down the lower embankment road between the chain Bridge and Margaret Bridge.

There will be race car demonstrations by such names as nine-time World Rally Champion, David Coulthard , Timo Glock and Daniel Ricciardo, Formula 1 racers, and of course local hero Norbert Michelisz. In terms of cars themselves, the muscle makers such as Lamborghini, Ferrari and Porsche, as well as more reserved makes like Renault BMW and Mercedes will also be strutting their stuff, so come and join the fun!

For exact information as to which aircraft, driver and cars can be seen when, see the full airshow and Great Race schedule.