Slovakia And Hungary At Loggerheads Over Tokaj Wine 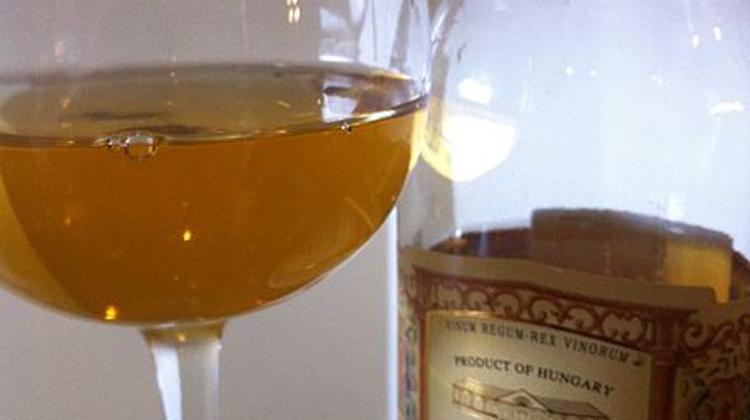 Even Hungary's last-ditch Hungarian efforts have failed to prevent Slovakia from using the Tokaj name. The Slovak Tokaj wine is here to stay. But that's not the end of the world - let us excel them in quality, a wine writer says.

The European Court of Justice has rejected Hungary’s appeal against its earlier judgment on the protected designation of origin (PDO) of the Tokaj wine. The court maintained Slovakia’s right to use, as from 2010, the PDO Vinohradnícka oblast’ Tokaj in the European Union’s E-Bacchus database of PDOs. Consequently the Slovaks may use the Tokaj denomination and may carry on producing Tokaj wine.

Though the Tokaji wine is perhaps the only Hungarian wine with unquestionable international recognition, it would be unjustified to “lower the Hungarian tricolor to half mast” and cry “wine Trianon”. After all what the ECJ has now done was foregone conclusion. Ever since 1970, Hungary has gone out of its way to prevent (the then) Czechoslovakia from using the Tokaj name.

The issue became hot after the European Union made stricter the protected designation of origin (PDO) of farm produce.

In the EU’s new system the Tokaji wine designation received the highest level of PDO. Accordingly, a product may be called Tokaji wine if it is produced in the designated area and in compliance with the designated technology. (The requirements are detailed in the product description officially submitted by the EU member state concerned.) That is how inferior Ukrainian and Australian wines have been ushered out of the markets of the EU.

But Slovakia’s case is different. The Trianon peace treaty awarded the northern part of the Tokaj–Hegyalja wine-growing region (Hegyalja in short) to Slovakia. The official size of the wine-growing region on the Slovak side is subject to debate. Hungary, citing a wine law of 1908, only recognizes 178 hectares, which belong to three villages: (Szőlőske, Újhely and Kistoronya – Viničky, Slovenské Nové Mesto and Malá Trňa). However Slovakia inflated it to 908 hectares, including Bári, Csörgő, Csarnahó and Nagytoronya (Bara, Čerhov, Černochov and Veľká Trňa).

Hungary accepted Slovakia’s use of the Tokaj name in a Hungarian–Slovak agreement of 2004. In 2003 a Hungarian delegation of experts was ready to acknowledge 330 hectares and that was later raised by Hungary to 565 hectares. But there was no definitive agreement on the size of the approved region, obviously because of the controversy over the use of the name.

The current legal dispute, which has been concluded by the ECJ, is of secondary importance compared to the original issue. The dilemma is whether the Slovaks should call their product Vinohradnícka oblast’ Tokaj or Tokajská/Tokajské/Tokaysky’ vinohradnicka oblast. In the Slovak language both name are correct. The wine law of 2005 used the shorter version and that version was used in the Official Journal of the European Union in 2006.

In the Slovak wine law of 2009 the long version was used. At first the Slovaks requested that the long version should appear in the E-Bacchus database. (The request was submitted before their wine law of 2009 became operative and within the EU’s time limit for such submissions.) In 2010 they asked the name to be replaced with the short version and in the same year their wine law as amended accordingly.

Responding to requests by wine-growers in Hegyalja, Hungary asked the ECJ to oblige Slovakia to use the long version of the name because – through Hungarian glasses – it is more different from the Hungarian name. Note that the Slovaks themselves only noticed that on second thought and that was when they requested replacing the long version with the short one.

It is accepted by both sides that only Hungary may use the name Tokaj and Tokaji on its own and the labels on the Slovak bottles must carry, in the same size of type, the words Vinohradnicka oblast’.

The ECJ threw out the Hungarian appeal on a purely legal ground. The court ignored historical, vinicultural or linguistic considerations. When data are entered in the E-Bacchus database, the European Commission does not have the right the weigh the pros and cons of the case. All it has to do is to transpose the member state’s statutes in force at the time. As transposition is not a legal act that generates legal protection, the court had no right to examine it.

“From a marketing point of view it harms the Hungarian Tokaji wine that the word ‘Tokaj’ appears on a Slovak product even if in group of words but the court ruling was predictable,” Bence Prónay, a legal expert specializing on EU law says. “But there is no cause for despair. The problem is manageable if on the Hungarian side the quality of the product is improved, appropriate marketing efforts are made and there is proper quality control.”

It’s not so big a problem that the affix -ská has been dropped from Slovak bottle labels. After all, it was only used between 2009 and 2010.

Moreover, there is more to a wine-growing region than wines: cuisine, built heritage and the landscape. On the strength of its endowments, Hegyalja can once become a real rival of the best wine regions of Western Europe. By contrast, on the Slovak side there are fewer attractions. Some shabby East European villages are no match to the beauties of Tarcal, Tokaj, Mád and Tállya.

The four-decade-old dispute about the name is futile. Instead, stakeholders on both side of the border should seek shared quality standards. Wine-making traditions are similar on both sides. On the Slovak side they also make 3, 4 and 5 puttony aszú and wine essence. Little has changed there since the time of a large wine-making combine from the era of Czechoslovakia. It is only natural that the Slovak so-called “small region” is attempting to benefit from shared past Tokaj traditions. There is hardly any other opportunity in the run-down eastern Slovak border region to make a break.

Says wine writer Dániel Ercsey: “There are eight wineries on the Slovak side of the border that bottle Tokaji wine. I have tasted wine in six of them. Four of them tasted awful. The two other wineries are well known. The winery of the Ostrožovič family produces fine dry wines and the Macik winery at Malá Trňa makes really good wines. When we did blind tasting, their aszú was just like that made in Hungary.”

“Some of the wines made in Hungary are of inferior quality. Instead of criticizing the Slovaks, Hungarian wineries should cooperate with the best wineries on the other side of the border.”

About the use of the term “puttony”

Hungary has taken several measures to improve the quality of the wines of Hegyalja. On October 30, 2013, the local government of Hegyalja adopted new regulations for wines, which in practical terms means withdrawing from the market aszu of 3 and 4 puttony. Making the rules stricter is meant to improve the image of the term: aszu. Some winemakers have proposed to drop the term puttony altogether because, they claim, the simpler the terminology, the easier it is for the customers to do shopping.

In the Hegyalja region you can buy wine not just in bottles but by the liter. Unfortunately some of those wines are not good enough. As from July 31, 2014, Tokaj wines that enjoy protected designation of origin may only be bottled inside the Hegyalja region. And as from summer 2015, must concentrate may not be used for the production of wines.

It would be imperative to have the number of heavy trucks crossing the Hegyalja region reduced. Such reduction would improve the quality of life of the local residents and make the region more attractive for tourists. Presently main roads no. 37 and 38 are used by some 1200 heavy trucks – most of them foreign ones – daily! To ease that burden, Encs and Tiszanagyfalu should be connected by main road no. 39. The authorities promise to complete that road by 2020.

Drawing the route of the new road will not be easy because it will cross areas of special natural beauty. Earlier this year the transit traffic of the town of Tokaj was somewhat reduced when trucks weighing 12 and 3.5 tons were banned from the by-road that connects Tarcal and Bodrogkeresztúr.