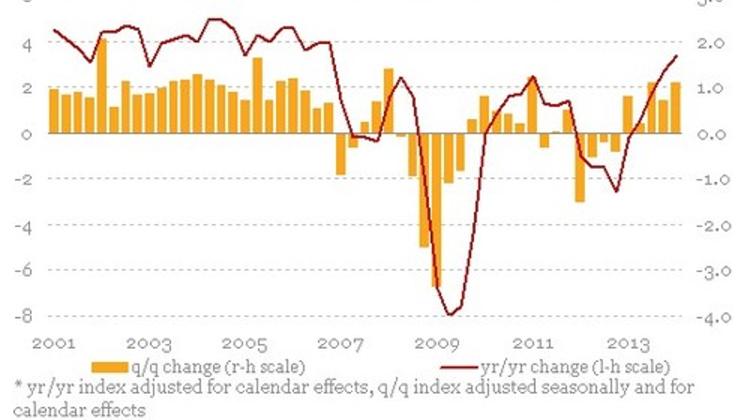 In the first quarter of 2014, Hungary’s economy grew at the highest rate we have seen in eight years, 3.5 percent, drubbing analyst forecasts predicting 2.7 percent. Industrial output is at a three-year high.

That robust first-quarter performance took many by surprise, outpacing Germany, which saw a year-on-year growth of 2.5 percent, and even Poland, which grew at 3.3 percent. Even the Financial Times expressed uncharacteristic exuberance, reporting on its beyondbrics blog that “Hungary’s growth roars back.”

After all the debates about why the Orbán Government was re-elected in 2014, one of the key factors was that voters felt more confident about Hungary’s economic prospects. GKI, a prominent research institute often critical of the government, said its economic sentiment index had reached a 12-year high just before the elections. Twelve years. That means that confidence in the economy had not been so high since 2002, the end of the first Orbán Government.

The first quarter growth figures show that the confidence was not unwarranted. Hungary, like much of the region, is still recovering from the financial crisis, but even the Financial Times now seems to agree that the “Hungarian economic comeback really is underway.” Now, there is another important order of business: it is time to upgrade Hungary’s credit rating.