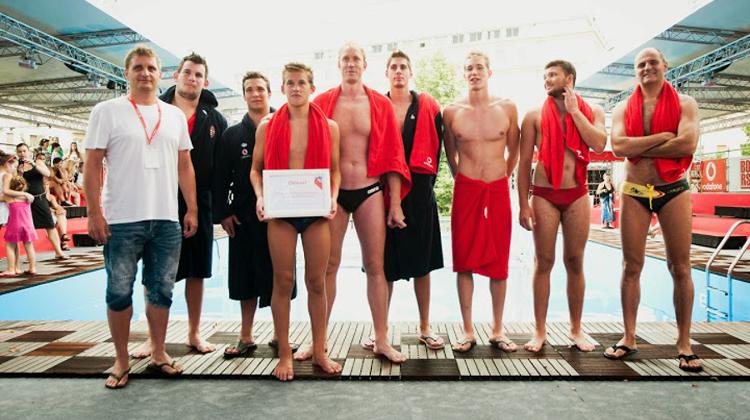 In the true spirit of the European Championship, the Vodafone Firsts team faced off with former and current national team members in the Vodafone Arena in the run-up to the men’s final. The game made one of 14-your-old Benedek Varga’s most cherished dreams come true.

The Vodafone Firsts team as the challenger has been preparing for the game since Thursday in the downtown Vodafone Arena. As Benedek Varga explained, the match will be a dream come true, as he has wanted to play in the same pool as Ádám Steinmetz since he was a small child. With the help of the global Vodafone Firsts program and Vodafone's mobile technology, Benedek's dream started to become a reality when he first met Adam over a video call enabled by Vodafone.

He first tried water polo when invited by friends and immediately fell in love with this great game. His goal is to follow in the footsteps of those he played against on Sunday, to become a member of the national squad and compete at international tournaments and Olympics.

I have competed in many great games, just look at the final of the 2004 Olympic Games in Athens when we claimed the eight gold medal for Hungary in an unforgettable game, said Ádám Steinmetz, who is still active in the domestic top league an is also involved in the Vasas club’s talent management efforts. To play against youngsters, to play a part in them growing to love this fantastic game is always a joy, a game in the heart of Budapest is an unforgettable experience, he said.

Visit firsts.com to learn more about the Vodafone Firsts program.