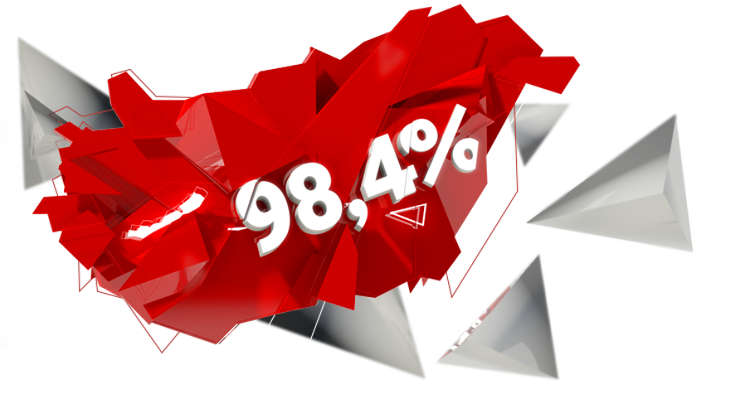 On February 4, 2015 Vodafone Hungary presented Instant Network 3G, the advanced version of its portable mobile network Instant Network, a unique development even in a world-wide context, which has already been used in a number of international disaster situations. The newly launched prototype of the base station, which is much smaller than the original model, yet, offers several times its capacity, has been designed and built by Csaba Pervai and Róbert Tóth, specialists of radio network operation at Vodafone Hungary.

In 2011, the Vodafone Group Foundation developed its co-called ‘Instant Network’, a portable mobile network to help disaster areas, which allows it to set up a free communications network for emergency services, aid organisations and survivors in a mere 40 minutes.

The device, which takes up as little room as three suitcases and weighs less than 100 kilograms, was first put to the test in 2012 in the Philippines, in the wake of the Bopha typhoon. In the following year it again proved uniquely useful in South Sudan and the Democratic Republic of Congo. Most recently, the device offered significant help in November, 2013, in the Palo area, 15 kilometres south of Tacloban, amidst the destruction that hit the Philippines in the wake of typhoon Haiyan.

The device was installed and operated by Csaba Pervai and Róbert Tóth, network operation specialists of Vodafone Hungary, with the co-operation of two colleagues from New Zealand. The station was in operation for 29 days, and during this period 1.4 million text messages were sent and 443 288 calls managed with its help.

It was on the last night of the Philippines mission, that the two Hungarians technicians first thought of creating a lighter, cheaper and higher-capacity version of the base station, which was to be named ‘Instant Network 3G’. The prototype was built in just over 6 months, and all the way through the process the two engineers were especially mindful of sourcing as many parts as possible from Hungarian suppliers.

Instant Network 3G weighs 60 kilograms, which is 40% lighter than the previous device, which makes it much easier to transport on passenger planes; and without having to pay extra costs. Instead of the four-strong team required previously, the device can now be operated by three people. Its capacity is also much higher: while the first model can handle between 40 to 50 calls a minute, the Hungarian-made portable network can manage up to several hundreds of calls, simultaneously. And the manufacturing cost of the device is only a fraction of the original mobile unit’s.

‘The Instant Network 3G base station will be even more helpful than before in disaster areas, where no means of communication is available. We are extremely proud of the fact that this development, which is unique even in a world-wide context, is linked to the name of Vodafone Hungary and our two colleagues.’ – said Diego Massidda, CEO of Vodafone Hungary.

Instant Network 3G – the device which passed the test with flying colours at the simulated disaster recovery exercise organised late last year by the United Nations Development Programme (UNDP) in Madagascar, is perfectly capable of taking over from Instant Network in major international disaster situations. Nevertheless, Vodafone Hungary plans to always give priority to potential disaster situations back home.

At present, there are negotiations underway between Vodafone and the United Nations High Commission for Refugees (UNHCR) about a potential pilot for Instant Network 3G in Guma, India, and Vodafone Group has already commissioned the manufacturing of a dozen devices by Vodafone Hungary. The plan is to launch serial production later this year, in Hungary, of course.