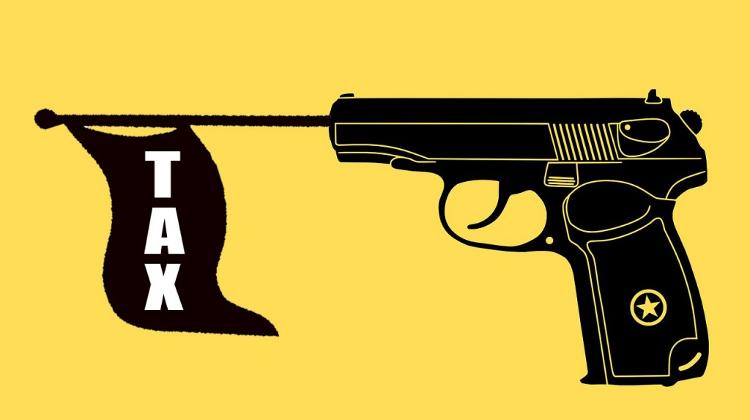 By Tom Popper, Managing Editor, Budapest Business Journal: It is generally understood that tax cuts are good for business, and can actually increase government revenue by encouraging private-sector activity, which in turn generates more taxable revenue.

In Hungary, tax cuts seem to have become the bargaining chips that the government uses to get what it wants. And the opposite of tax cuts, the special sectoral levies of which the leadership is so fond, appear to have been turned into weapons, as if the government were saying: “Give me what I want or I will tax you out of existence.”

Recently we have seen the government use both the advertising tax and the banking tax as something between enticements and threats.

The proposed reduction of the advertising tax looks like an especially cynical deal, from both sides. After talks with Bertelsmann, owner of local TV station RTL Klub, the government says it is ready to eliminate the punishing tax, which currently makes RTL Klub the only media outlet on the market that must pay 50% taxes on all advertising revenue.

The government and Bertelsmann executives maintain that the deal is being made to avoid an infringement proceeding from the European Commission’s Directorate-General for Competition. But it has been widely reported that deal started as a promise by RTL Klub to cut back on its criticism of the government in exchange for a break on taxes. And it is hard to be sure that there is still not some kind of promise of softer coverage for the government after the tax:

Why have we not heard about the fate of RTL Klub’s firebrand of a CEO, Dirk Gerkens, who is apparently despised by government officials? And why must the final deal be negotiated by the Prime Minister of Hungary and executives of Bertelsmann?

An even more disturbing question is: Why did RTL Klub first seriously increase its less-favorable coverage of the government only in June, after the TV channel was singled out by the tax to begin with?

Where was RTL Klub before? It should be the main mission of the media to be a critical watchdog of the authorities, but apparently RTL Klub wasn’t going to take this mission too seriously until the government starting harassing the station.

From the government’s side, there was very little effort to hide the impression that the advertising tax was an economic cudgel that the government would use against RTL Klub until they got in line.

The reduction in the bank tax seems like a clear improvement for the market, and something that could help the economy. The question in this case is: Why did we have to get into a situation where relief was necessary? Although the special bank taxes were never aimed at one particular company, they did seem to take calculated aim at pushing foreign banks out of the market.

The prime minister and his cabinet frequently said they would like to reduce foreign ownership, so that more Hungarian banks are held locally. They created special bank taxes and special laws that made it particularly expensive to do banking here.

As foreign banks looked for an exit, the government eagerly bought them up, with the stated intention of eventually selling them to local owners, though these sales do not seem to be happening in a hurry.

The situation has become bad enough for Erste Bank Hungary to need recapitalization. By agreeing to reduce taxes and create more transparent regulations, the government won a chance to buy into Erste, but that never would have been necessary if they hadn’t brandished special taxes to begin with.

Hungary would surely enjoy a more stable, predicable economy – one that draws in more investment – if the government used taxes as part of responsible fiscal policy, rather than as weapons.