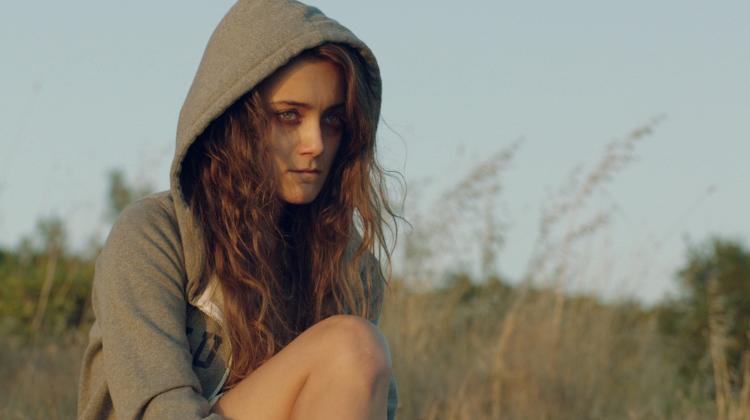 Titanic International Film Festival runs between 10-18 April in five different venues in Budapest. Since 2005 Titanic operates as a Competition Festival: this year 8 films are in competition for the Breaking Waves Award representing 10 nations. Two of the competition films are feature debuts and each of them are extraordinary women stories speaking about contemporary social tensions, motherhood, the subject of love and liberty. T

Three directors are coming to Budapest as festival guests: Ronnie Sandahl (Underdog) from Sweden, Jukka-Pekka Valkepää (They Have Escaped) from Finland and Lucie Borleteau (Fidelio) from France.

The Swedish Ronnie Sandahl’s Underdog (Svenskjävel) is a serious drama about contemporary social problems, mass unimployment in Sweden with Bianca Kronlöf in the leading role who is a radical anti-sexiste stand-up comedian. Thousands of young adults from Sweeden try to find a new life in Norway to work there as cleaners or waiters. 23-years-old Dino is in a similar situation: she has a job as housekeeper by a Norvegian middle-class family but soon she finds herself int he middle of a strange love triangle.

Thirty-year-old Alice's occupation is rather unusual for a woman in French Lucie Borleteau’s Fidelio – Alice’s Journey: she works as an engineer on a freighter. She loves her job and does it competently but even in a greasy blue overall a woman will be a woman, with her heart, her desires and her seduction. In such conditions can an all-male crew really remain totally insensitive to her charms?

A situation all the more complicated as not only does Alice leave her fiancé Felix behind but she also discovers on board the Fidélio that the captain is Gaël, her first love. A Locarno awarded French drama film about love, independence and desire with th powerful Ariane Labed in the leading role.

Across the Sea (Deniz Seviyesi) is a Turkish romantic movie: Damla has moved to New York to study and work, she is married expecting her first child. But when she returns to the Paradise of her childhood, her life completely turns around and a dark secret is revealed from her past.

This brilliant example of the new Turkish cinema offers a journey through Damla’s feelings with beautiful landscapes and briging up important questions of the cultural identity.

In Her Place, this inspiring second generation South-Korean-Canadian drama tries to show why is secret adoption still a very important social problem in Korea. A woman arrives to a country farm to a adopt a child but as time goes by she gets to know the mother-to-be and her mother more and more and this female triangle becomes much more important then just a business act.

Dukhtar (Daughter) is the feature debut of Iranian Afia Nathaniel who used to be a Mathematician. This thriller highlights the problem of arranged marriages in Iran and the difficult life of women. A desperate mother takes a dangerous decision as she tries to escape her daughter from an arranged marriage.

The very first, completely crowdfunded film in Europe is Greek director, Stathis Athanasiou’s Alpha. This is a modern Antigone-version about the definiton of freedom. A woman is forced to sit under a dissolved body in a ruined forest until the authorities decide whether she had enough atonement or not.

Jukka-Pekka Valkepää’s movie, They Have Escaped (He ovat paenneet) presents another perspective of freedom in a poeticly narated and photographed film. Two teenagers meet in a correction center. The boy is introverted, shy and the girl is very energetic. They escape together to begin their journey with a stolen car, sex, drugs and neverending scuttle.

A Girl Walks Home Alone at Night, the American romantic horror is in competition, too and was a total audience-favorite at the Sundance Film Festival. In the Iranian ghost-town Bad City, a place that reeks of death and loneliness, the townspeople are unaware they are being stalked by a lonesome vampire. But the Girl meets a Boy…

This Iranian vmpire western movie is the hugely talented Ana Lily Amirpour’s feature debut. This black-and-white film is a lively mix of genres and archetypes bringing together the world of horror, cartoons, techno music and Iranian New Wave with Morricone-riffs and touching images. „As if this film were David Lynch and Sergio Leone’s Iranian rock’n’roll cooperation inspired by Nosferatu.”