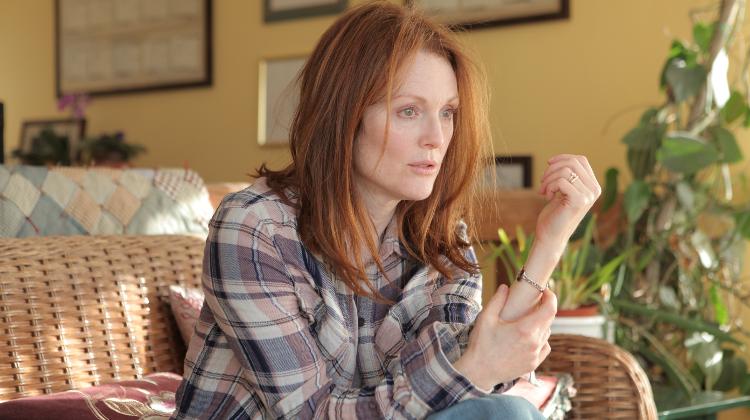 The 22nd Titanic invites audiences to five different venues in Budapest between 10-18 April: Toldi Cinema, Puskin Cinema, Uránia National Film Theatre, Örökmozgó Cinema and A38. Titanic 2015 offers 52 films representing 34 nations in 8 sections. The crowd favorite may well be Still Alice. This year there will be 8 films in competition for the Breaking Waves Award. The current selection of films has been managed by the festival’s new Danish Programme Director, Allan Sorensen.

There will be selected films of famous and first-film directors as well and it also shows fascinating pieces of less-known regions, too, inviting the films’ creators, special guests. Hitoshi Matsumoto’s bizarre R100 can only be seen at Titanic in Hungary along with the dramatic Still Alice for which Julianne Moore has won Academy Award for Best Actress. Georgia’s Corn Island premiers also at Titanic: this film has won Cristal Globe in Karlovy Vary and had a very successful festival run. Its Director of Photography is Elemér Ragály and the film comes to Hungarian cinemas in May distirbuted by Mozinet.

This year’s selection has been made by the festival’s new Danish Programme Director. Allan Sorensen studied journalism in Copenhagen and wrote his degree thesis about the literary and cinematic rediscovering of western movies. For 2 years he worked as event manager at the Danish Film Institute in Copenhagen and also worked as film critic and English translator. His favorite film directors are Alfred Hitchcock and Jim Jarmusch. Since 2008 he has been spending more and more time in Budapest and last year he finally moved to Hungary. He is living here with his Hungarian girlfriend and their daughter. Titanic’s Festival Director is still György Horváth.

Titanic is one of Hungary’s biggest film events and also operates as a Competition Festival since 2005. This year there will be 8 films in competition for the Breaking Waves Award. The other thrilling sections will also include a selection from film festivals and new Asian movies, as well as documentaries and music documentaries. As usual you can find American Indies and Dark Side in the programme together with a very new section, Wild.

Titanic awaits its audience to five different venues: Uránia National Film Theatre, Örökmozgó, Toldi Cinema, Puskin Cinema and A38. Final programme of the festival will be available on http://www.titanicfilmfest.hu from the 26th of March and the purchase of tickets begins on the 2nd April. This year there will be a discount on tickets when buying five or more of them.