'Lechner: A Creative Genius' Exhibition, Closes On 31 May 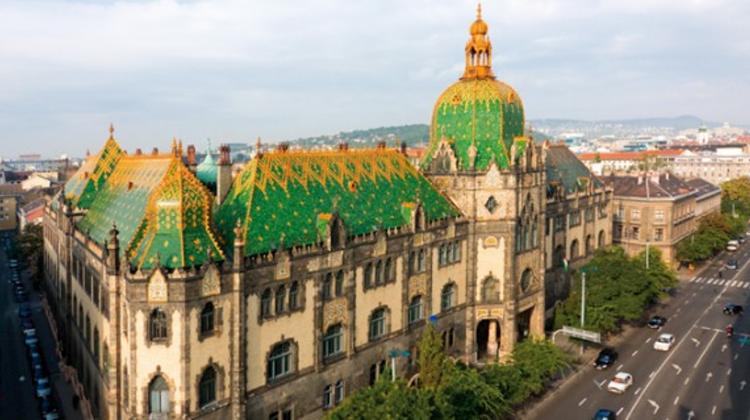 Museum of Applied Arts: Ödön Lechner (1845–1914), one of the greatest figures in Hungarian architecture, and certainly its most original, deserves a prominent place among the international talents from the turn of the century. According to tradition, the Lechner family, who had their own coat of arms, had migrated to Hungary from Bavaria.

The family was profoundly patriotic, and Ödön was raised in this atmosphere, so his lifelong political and intellectual views were defined by his support for independence. This had a powerful influence on the way his art developed, and may have motivated his efforts to create a “Hungarian language of form”.

Lechner started his higher education at the polytechnic in Buda. He was persuaded by his teacher, Antal Szkalnitzky, to continue his studies at the Bauakademie (Academy of Architecture) in Berlin from 1866. Upon his return to Hungary, Ödön Lechner entered into a partnership with his former fellow student, Gyula Pártos.

Between them, Lechner was the leading intellect, while Pártos kept the practical matters of the office under control. They initially received commissions to design residential properties. Their style was marked by the Italian Renaissance they had learnt in Berlin, combined with occasional Hellenistic elements.

After a three-year stay in France, he again returned home at the end of 1878. His career continued on its upward trajectory, culminating in the design of several prestigious public buildings in the 1890s. Thereafter he was confined to the background of official architectural life, even as he was chosen by the new, younger generation of architects as their leading figure. With their help, and later through them, his work arrived at the threshold of modernism.

This exhibition presents the whole scope of the work of the architect Ödön Lechner. Special attention is paid to five major works, nominated for UNESCO World Heritage Site status: the Kecskemét City Hall, the parish church of Budapest-Kőbánya, the Museum of Applied Arts, the Institute of Geology, and the Postal Savings Bank.

Visitors can familiarise themselves with these through the architect’s original plans and drawings, as well as period and modern photographs. Working drawings of the ornaments so crucial to Lechner’s work, the publications which inspired him, and examples of the Zsolnay ceramic in which they were realized are also presented. One of the rooms evokes the world of the Japan Coffee House, Lechner’s second home, another acommodates a panoramic movie of his major works.

The exhibition is accompanied by a book, which consists of an introductory essay, pictures and the list of exhibited objects. The pictures, especially numerous, are partly reproductions of Lechner’s plans and drawings, partly modern photographs, specifically produced for the book and exhibition.