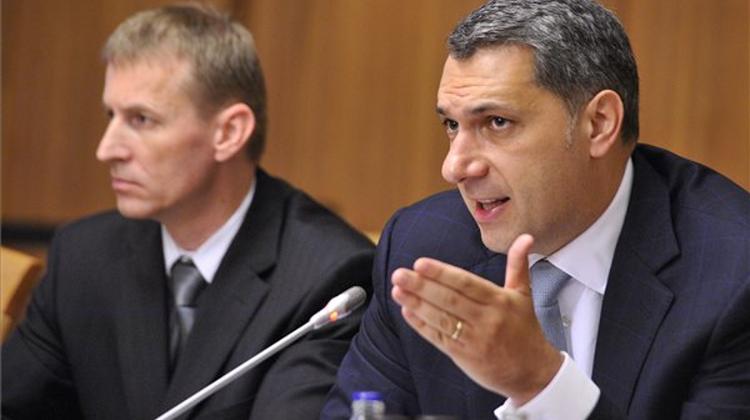 The government office chief singled out a number of neighbouring countries in which “anti-Hungarian” activities are taking place. Briefing parliament’s national security committee on Tuesday, János Lázár gave an annual assessment of the work of the Information Office under his supervision. Due to Ukrainian obstruction, providing support for the ethnic Hungarian community in western Ukraine posed a daily challenge to the Hungarian secret services and public administration, he said.

The Hungarian government supports the Transcarpathian Hungarian community, and the Information Office plays a key role in this, he said, adding that Hungary must persevere in protecting their interests.

Lázár said that the government in Romania had been carrying out “explicitly anti-Hungarian” actions under the pretext of “transparency and justice”.

Efforts are being made to “destabilise” the activities and financial situation of the oldest and largest Hungarian churches, in violation of the freedom of religion, he said. “At present it cannot be judged whether these actions have anything to do with close cooperation between the Romanian government and the United States,” he said.

Attempts by the Croatian government to discredit Hungary’s entire business elite in connection with the MOL-INA issue are “unprecedented”.

The aim is to drag the entire management of Hungarian oil and gas company MOL into a criminal procedure, Lázár added. An “intentional and deliberate boycott” was behind the failure to complete interconnectors between the gas networks of Romania and Croatia and that of Hungary, he said.

Lázár told the committee that Hungary’s disputes with Brussels were expected to be more of an economic nature in future, citing questions of competition, illegal state support and non-discrimination.

“We have already concluded our debates on issues related to freedom and democracy,” he added. Speaking about intelligence cooperation, he noted that the three main partner organisations of the Hungarian intelligence services are those of Germany, Israel and the United States.

“It has not helped the services’ activities that ties between Hungary and the US significantly deteriorated over the past year due to the [US side’s] evaluation of the Hungarian domestic political situation,” he added.

On the topic of Hungary’s image abroad, he said the Information Office “has mapped out interest groups that have sought to discredit Hungary.” He referred to a recent analysis by the German Council on Foreign Relations that explored how the German press had “distorted” Hungary’s image using US background information.

The operations of Hungary’s permanent mission in Brussels and the secret services directed by the Prime Minister’s Office provide a big opportunity to better represent the country’s interests when it comes to decision-making in Brussels, he said.