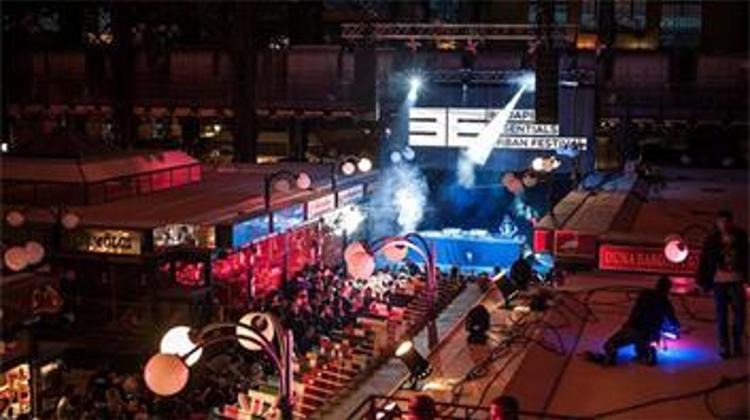 La Roux, Wombats and Katy B will be on stage at the event center in Margaret Island, Carl Craig’s and Solomun’s concert will take place at the Hungarian Railway Museum, and the Amusement Park is waiting for Dope D.O.D and Sub Focus.

The international line-up has been expanded with six new performers: the Austrian Peter Kruder, the Canadian Austra, the Aquarius Heaven, the Garden City Movement from Israel, the futuristic German NYMA and the British DJ Cassy are also coming to Budapest.

Nevertheless the festival is not all about evening-concerts, it offers a wide range of daytime programs too: the Budapest Essentials pass includes free tickets to the Budapest Zoo, the Ludwig Museum and several thermal spas, but you can choose special urban tours or a pop-up exhibition as well. The most popular and trendy restaurants, cafes and cultural institutions also grant 20-50% extra discounts for festival members.

La Roux, The Wombats and Katy B – international superstars are going to play at Margaret Island, but besides the festival center stage there will be parties on island too, at ZIPPP Club. Budapest’s daytime party governors, Citymatiné’s crew will take care of limitless fun at Palatinus Bath, while the official after party will be arranged at Csillebérc Bath.

A special pop-up stage at the panoramic rooftop terrace of 360 Bar and Gozsdu Sky Terrace will offer yet another new view of the city, but Akvarium Club also welcomes festival-goers with Gold Panda’s concert and Answer Code Request’s live show, while Cosmin TRG’s and , DJ Zinc’s dj set will rock the dancefloor as well.

New additions to the line up were also announced: the Austrian legend of electronic music, Peter Kruder, the Canadian Austra, Aquarius Heaven, the brit DJ Cassy, the indie-pop sensation of Israel Garden City Movement, the futuristic German NYMA will all visit Budapest for its very own urban festival.

However the four-days festival is not only about evening or daytime concerts and parties. The festival pass includes free tickets to the Budapest Zoo, the Ludwig Museum and several thermal spas.

Besides culinary delights you can discover the secrets of Budapest hidden in cobble stones and engraven to walls, because the team of Hosszúlépés will organize a superb sightseeing tour: Budapest’s best works of street art through their guided tour will be available in English too. Do not forget to register!


Telep Art Gallery And Bar with the festival’s own exhibition „Budapest For Me” will be the cultural center of Budapest Essentials, where you can meet with the works of excellent Hungarian contemporary artists like Viktória Hitka, Andrea Gáldi Vinkó, Kristóf Murányi and Péter Weiler.

„We conducted a survey which revealed: according to eight out of ten Hungarians Budapest still stores plenty of surprises - even for locals.

Moreover two-thirds of responders agree that festivals and cultural programs makes the capital city attractive for foreigners too. We are one of them and at the end of June we will prove that Budapest is the best capital city in the Europe!” – summarize the purpose of the festival Dr. Gergely Csókay, chief organizer of Budapest Essentials.