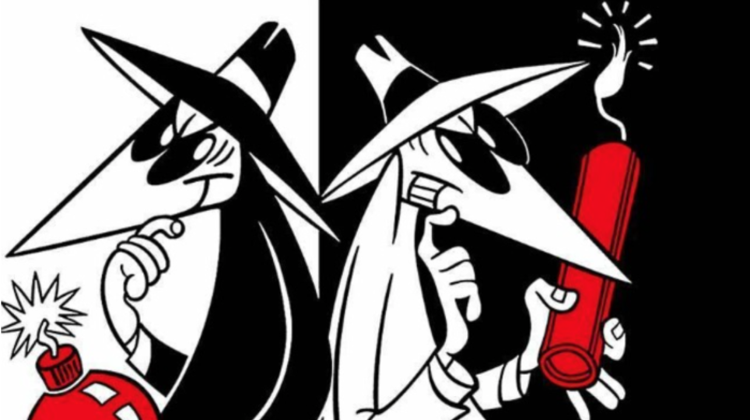 Testimony given by the three ministers was open to the public and the minutes of the meeting were recently made available on the website of parliament’s national security committee.

Csaba Hende’s testimony was relatively mundane. The minister did not touch on activities of military intelligence, but reassured the committee that Hungary’s role in NATO is important. He said a joint project with NATO to expand the Pápa air force base is evidence that Hungary may serve as a staging ground for the arrival of NATO soldiers and military equipment in the region.

Pintér complained that the National Security Service is operating at maximum capacity because the service is trying to keep up with the many court-approved surveillance warrants (phone-tapping, physical surveillance, etc.) it currently has. He says the service is operating under heightened pressure because of a surge in responsibilities assigned to it. Employees at the service often work long hours which stretch into overtime, Pintér said. The minister plans to do a lot of hiring and introduce technological developments in the coming years.

Pintér would like to expand the service’s digital capabilities, which are currently being carried out with the help of third-party commercial entities.

The Constitutional Protection Office will undergo an internal reorganization, along with additional hiring. The office will be reorganized to adapt to societal changes and different responsibilities because it has been unsuccessful in efforts to address these in a timely manner, Pintér said.

The Constitutional Protection Office will be completely rebuilt and its personnel will be “scientifically selected” through competency exams, as opposed to being appointed by the office’s top brass, Pintér said.

János Lázár, the Information Office’s quasi-director, said reorganization at the civilian intelligence gathering agency has finally ended. Until 2010, intelligence gathering and counter-intelligence operations were overseen by the Prime Minister’s Office and a minister-without-portfolio. In 2010, responsibility for these activities was transferred to the foreign ministry. The change caused a number of problems. The unplanned mixing of diplomacy and spying supposedly did not work out so well for the foreign ministry, and responsibility for overseeing the country’s spy service was transferred to the Prime Minister’s Office, now led by János Lázár.

Lázár said that Hungary’s spy service was in poor condition prior to 2010 because “instead of carrying out deep intelligence gathering, its top activity had become hasty analysis”. But this has changed over the past five years, Lázár said. The spy service’s annual budget has increased from HUF 8.6 billion (USD 30 million) to HUF 12.6 billion (USD 46 million).

The minister in charge of the Office of the Prime Minister said that the situation surrounding issues of national security in Hungary changed significantly after 2012 and that there has been a sharp increase in the pace of change over the past year. According to Lázár, recruiting at the spy service is under way but it is a slow process because training a spy can take anywhere from 10 to 15 years.

Lázár said it is difficult to recruit young people, and adults with 10 to 20 years professional experience are going over to the private sector because it pays much better.

He cited the Russian-Ukrainian conflict as a primary example of radical changes to security in the region over the past year. Hungary shares borders with a country engaged in an armed conflict. According to Lázár, Hungarian spies have been active in Kiev, just like the spies of other regional neighbors, to ensure that political leaders are able to promote Hungary’s interests.

He also stated that the government and the Information Office are convinced that the future of Hungarians living in the Transcarpathia (southwestern Ukraine) will be a serious issue in the coming decade, and that the Information Office is carrying out operations to protect Hungarian citizens in the Carpathian Basin. These operations are the first in twenty-five years in which the Hungarian government is openly undertaking activities in Ukraine in total opposition to the wishes of the Ukrainian government. Ukraine’s foreign ministry is doing what it can to stop Hungary’s spies and Hungarian diplomats from undertaking operations in Ukraine, Lázár said.

Lázár: United States may be behind Romania’s persecution of ethnic Hungarians

Lázár transitioned from the situation in Ukraine to what is happening in Romania. He said Romanian authorities are charging ethnic Hungarians living in the country with “conceptional crimes”.

He said Romania’s justice ministry has a clearly anti-Hungarian agenda in prosecuting ethnic Hungarians living in the country. This anti-Hungarian agenda, Lázár said, is even affecting the religious freedom of Hungarians. He claims the Romanian government’s campaign against historically Hungarian churches in Romania is being carried out “behind a veil of transparency and justice”.

“We know that the United States is actively taking part in Romania’s domestic politics. Currently, we can’t figure out whether [Romani’s anti-Hungarian] activities are the result of Romania’s collaboration with the United States, but we’re trying to understand what, if I’m allowed to put it this way, is even happening over there,” he said.

Lázár’s statements undoubtedly touch on suspicions that Hungary’s cold relations with the United States have even affected relations between the spy networks of the two countries.

He admitted that sour relations between the United States and Hungary have affected information sharing between the two countries’ spy services because Washington is no longer assisting Hungary in this regard.

Hungary’s relations with the United States have significantly been damaged over the past year, Lázár said. He blamed United States diplomatic and spy services’ activities for spreading critical news of Hungary’s domestic political situation in the foreign press, especially in German media outlets.

Lázár said the Croatian government’s activities, especially with regard to MOL and the privatization of Croatian energy giant INA, clearly show the Croatians are launching corruption cases against Hungary to “completely discredit the Hungarian business elite”. Lázár said the Croatian prosecution’s relentless targeting of MOL CEO Zsolt Hernádi and the company’s entire board is evidence of this.

The long and drawn-out INA issue provides the Croatians a great opportunity to give voice to anti-Hungarian sentiments, which Lázár believes will increase as Croatia draws closer to its own national elections.

Energy security and threats from terrorists

Brussels isn’t our friend and the situation can get worse, so we need more spies in there

Lázár said he has ordered the Information Office to ramp up its activities with respect to Hungary’s relationship with the European Union. He said Hungary would never spy on its allies as the United States has done, but that it is important Hungary be informed about how decisions are being made at the EU level.

He claims that Slovakia and Romania have been able to lobby so successfully in the EU because their spy services are engaged in very effective activities in Brussels.

He suspects that business interests are behind the many infringement proceedings launched against Hungary. He possesses “indisputable evidence” to support his suspicions, and he expects Hungary’s relationship with Brussels to turn hostile in the coming 2-3 years because the EU will be critical of Hungary for adopting anti-competitive laws and using restricted state subsidies.

He said the Information Office has been rebuilding a strong presence in the Arab world, but that it had to completely rebuild its presence in Turkey due to the country’s internal domestic and economic situation.