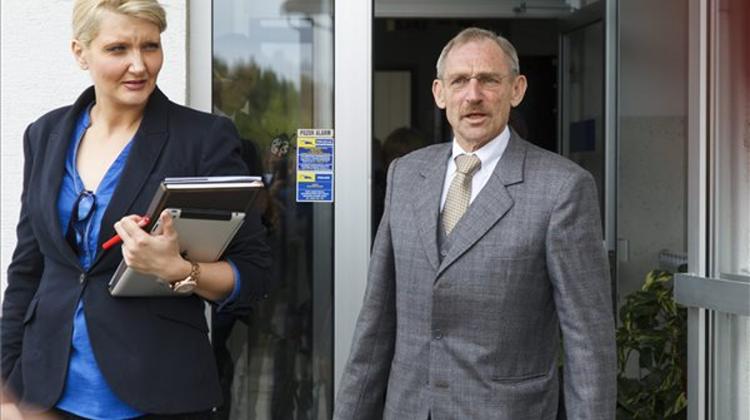 Hungarian and Slovenian police will jointly patrol the two countries’ common border along its entire section, the Hungarian interior minister said. Sándor Pintér held talks with Vesna Györkös Znidar, his Slovenian counterpart, and police chiefs of the two countries at Dolga Vas (Hosszúfalu), a settlement right on the Slovenian side of the border. They decided on joint patrols and keeping an information exchange flow on the current migrant situation, Pintér said.

Hungary is in an extremely difficult situation facing migration pressure from Croatia, from where close to 25,000 migrants crossed illegally to the country just during this past weekend, he said. Asked about the pledged closing of the Hungarian-Croatian “green” border, Pintér said no exact date has so far been set.

He added, however, that “we are under rather huge pressure, [so] it all depends on how we are going to manage this tide of illegal migrants.” Györkös Znidar said the razor wire barrier Hungary temporarily installed on the common border “did not threaten relations between the two countries.”

The barrier was removed on Friday afternoon, Hungary’s interior ministry said, emphasising that it was only installed for an experimental purpose, in connection with the security fence built along Hungary’s border with Serbia and Croatia over the past few weeks.

Györkös Znidar however said that Slovenia had not been notified of the barrier in advance, but “things then took a positive turn” with communication received later on.