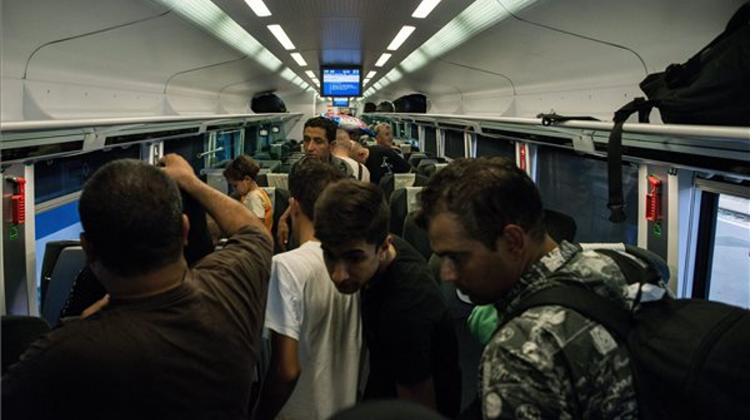 Austrian train operator ÖBB has stopped a train from Hungary packed with nearly 300 migrants at the border between the two countries, the company announced. Earlier in the day, migrants bound in the direction of Germany were allowed on the train at Budapest’s Keleti railway station as long as they had valid tickets. ÖBB asked Hungarian police for assistance, saying that the train was overcrowded.

The Austrian authorities expect their Hungarian counterparts to detain migrants without passports and place them in refugee camps.

The train left Keleti station at 11am and was scheduled to arrive at Vienna’s Hauptbahnhof at 1.45pm, but at 2.30pm it was still waiting at the border. Before boarding the train, Syrian nationals told MTI that they were bound for Munich.

A spokesman for Hungarian railways MÁV told MTI that international tickets could be bought without the need to show a passport, and the ticket inspector would only ask to see tickets.

Only police can ask to see passports. Four trains crossed the border from Hungary to Austria in the afternoon, according to a Reuters eyewitness.