Will The Real Owner Of Hungary’s TV2 Please Stand Up? 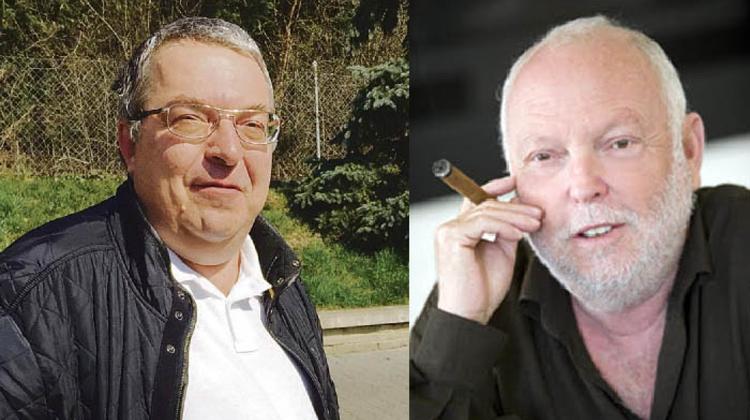 The story of the reported sale of Hungary’s second-largest commercial television station to Hollywood producer and Hungarian casino owner/operator Andy Vajna has just taken a turn for the bizarre. Or rather two turns.

On Tuesday it was widely reported in the mainstream press that Vajna (pictured right), the Hollywood producer responsible for such blockbuster hits as Rambo, Terminator and Judge Dredd, had agreed to purchase the heavily indebted and loss-making television channel from current owners/CEOs Yvonne Perla Dederick and Zsolt János Simon, subject to regulatory approval.

On Thursday TV2 notified the Hungarian state news agency (MTI) that Magyar Broadcasting Co. Kft., a Hungary-registered company owned by an offshore holding company whose majority owner is Vajna, had signed a contract with TV2 Media Group Holdings Kft. to acquire the channel.

It was also announced that Vajna intended to entrust TV2’s management to former RTL Klub managing director Dirk Gerkens, who left RTL earlier this year as part of what was rumored to be agreement between the Office of the Prime Minister and RTL Klub’s parent company, whereby the former agreed to modify the special tax on advertising revenues passed last summer in a manner that significantly decreased RTL’s share of total advertising taxes collected.

The original tax, which hit a significantly higher percentage of RTL Klub’s advertising revenues than that of small competitors, was widely perceived as an attempt by the government of Hungary to induce RTL Klub’s owner, Germany’s RTL Group, to divest itself of its Hungarian holdings. The German-owned commercial television channel responded by running hard-hitting exposés about prominent government officials and governing party politicians and their family members. Ironically, the change in news format resulted in a significant increase in the channel’s viewership.

In an interview published today, Gerkens rejected the notion that TV2’s format would be pro-government by virtue of the fact that its new owner is Vajna, who is the government commissioner for the film industry and has close ties to former Fidesz whip (now Minister for Government Communications) Antal Rogán and unofficial advisor to Prime Minister Viktor Orbán Árpad Habony (who is busy building a pro-government media empire of his own), claiming that Vajna had given him “a free hand” and was “too busy” to influence operational matters.

The interview was published shortly after Megapolis Media Zrt. CEO Károly Fonyó, a close business associate of former Fidesz oligarch Lajos Simicska (pictured left), announced that, in fact his company had purchased the commercial station on October 13, namely two days before TV2’s owners reportedly sold to Vajna, and that Vajda’s contract was “null and void” given that the new owners had not authorized the CEOs to sell the company. Fonyó also announced that Dederick and Simon had been sacked, and he expected lengthy litigation to follow.

When TV2 management announced at the end of 2013 that it was purchasing the loss making channel from its German owners, it was rumored that the buyers were somehow connected to then Fidesz oligarch Lajos Simicska. If true, then it is not clear why former CEOs Dederick and Simon would have entered into a sales agreement with Vajna before clearing it with the real owners of the company.

UPDATE: 444.hu reports that Gerkens’ company may have paid EUR 1 million in November 2014 for an option (right of first refusal?) to acquire the company, a fact that Gerkens “would neither confirm nor deny” according to the daily news portal.