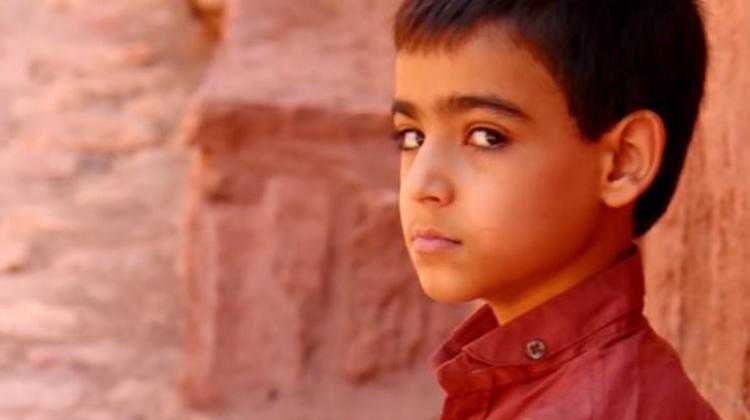 Europe’s Roma communities face deepening challenges of discrimination, violence and poverty. The US minority rights movement, which has had some notable successes over the past 50 years, also faces continuing problems, including police violence. We believe that a sharing of their struggles would be worthwhile as everyone searches for effective remedies.

What were the elements that made the African-American civil rights movement successful? What are the effective models in Europe for Roma integration and opportunity? While there are very different histories and contexts for these minority groups, a sharing of their experiences, tactics, and wisdom could lead to new thinking and effective action in both regions.

In 2008 and 2009, a group of Hungarian right-wing extremists committed a series of attacks on random members of the Roma community. Six people were killed, including a five-year-old, and another five were injured. The trial of the four suspects lasted two-and-a-half years, and the verdict was passed in August 2013. Director Eszter Hajdú filmed the trial and condensed it to create an oppressive Kammerspielfilm starring the cold-blooded suspects, an irritable judge and the victims’ families.

Without any commentary, Hajdú recorded the drawn-out and sometimes chaotic trial from the cramped courtroom’s public gallery. A small static camera shows the judge's point of view, while close-ups highlight the emotions of the people touched by the crime. Sometimes we see the protagonists outside the courtroom, for example during the reconstruction at the crime scene. At the start of the trial, the victims and next of kin assume there will be justice, and they have faith that the Hungarian authorities will protect them. But will the extremists be found guilty? The widespread anti-Roma sentiment in Hungarian society, and the bungling (intentional or otherwise) on the part of the police give them reason to fear they will not. (IDFA)

The film tells the uplifting story of how the residents of Billings, Montana, joined together when their neighbors were threatened by white supremacists. They united and worked hard for a hate-free community, proclaiming "Not In Our Town!" This American public television special sparked a national campaign against hate crimes that now extends to 90 communities in the USA. The campaign has been introduced in Slovakia, Ukraine and Hungary, where it is called www.nalunknem.org. For more information: https://www.niot.org/history

Not In Our Town: Light in the Darkness (Patrice O’Neill, Not In Our Town Executive Producer)
When an Ecuadorian immigrant is murdered by a group of high school students in Patchogue, New York, the community decides to push back against hatred and make everyone safer. This film is part of the Not In Our Town series, www.niot.org
2011 / 30 min / United States / DVD / English with Hungarian subtitles
Discussants: Ellen Hume, CEU, Budapest and Paul Sheridan, Not In Our Town, USA

Uprooted is a documentary about Europe’s repatriation policies as seen through the eyes of the youths directly affected. Going back and forth between Germany and Kosovo, the film brings the voice of Roma youths into the debate on immigration. Tens of thousands of Kosovo Roma fled the Yugoslav Wars throughout the 1990s and many remain trapped in refugee camps in the Balkan region and inside Kosovo.
Katalin Bársony / 2011 / 22 min / Hungary / DVD / Hungarian with English subtitles

3Brothers - In post- production. 5-minute rough cut.
A Roma family is brutally separated, when their two German born children are deported to squalid Kosovo refugee camp, but in the end their desire for reunion proves stronger than the forces that would keep them apart. With the current wave of asylum and refugee discourse in Europe, the story of the 3Brothers unveils a special potential as it covers the story of migration in a longitudinal film that has been filmed over 4 years following a single refugee family.
Katalin Bársony / 2015 / 5 min excerpt / Hungary / DVD / Romanes, German, Serbo-Croatian
Rough cut preview. Discussant film director Katalin Bársony

The documentary shows American college students begin to take a leadership role in the civil rights movement. Lunch counter sit-ins spread from Nashville, Tennessee, through the South, giving life to a new force within the movement -- the Student Non-violent Coordinating Committee (SNCC). The following year, many of these students found themselves facing death trying to break down segregation in interstate bus travel below the Mason-Dixon line, on the Freedom rides initiated by the Congress of Racial Equality (CORE). (WUSTL)
PBS/ 1987 / United States / 55 min / DVD / English

Eyes on the Prize, Episode 6: Bridge to Freedom
A decade of lessons is applied in the climactic and bloody march from Selma to Montgomery, Alabama. A major victory is won when the federal Voting Rights Bill passes, but civil rights leaders know they have new challenges ahead.
PBS/ 1987 / United States / 55 min / DVD / English
Discussants: Taylor Branch, historian and Callie Crossley, producer

About the authors / discussants:

Eszter Hajdú is a multiple award-winning Hungarian documentary filmmaker, producer, cameraman and script-writer. She has been making films on social, minority and political issues just as music videos since 2005. She worked as a video-journalist and video-blogger for various media in Hungary. Her filmography includes: My Home Tarnabod (2005), Destino (2007), Fidesz Jew, the Mother Without Sense of a Nation and the Mediation (2008), Lullaby (2009), Viviene (2010) and Judgment in Hungary (2013). She has degrees in Sociology, Film. She completed her MA at the Nationalism Studies Department at the Central European University in Budapest, Hungary.

Ellen Hume is the Annenberg Fellow in Civic Media at CEU’s Center for Media, Data and Society. An American journalist and teacher, she was White House correspondent for the Wall Street Journal, executive director of Harvard’s Shorenstein Center on the Press, Politics and Public Policy, research director of MIT’s Center for Future Civic Media, and director of the Democracy Project at American public television (PBS). She founded the Hungarian anti-discrimination project, “Nalunk Nem” (www.nalunknem.org) based on the USA Not In Our Town movement, which mobilizes people to fight discrimination and hate crimes.

Paul Sheridan is a civil rights lawyer from Charleston, West Virginia, who has been working in the USA Not In Our Town movement for many years. He was Deputy Attorney General in the West Virginia’s civil rights division, and was interim director of the American Civil Liberties Union of West Virginia in 2013. He founded the NIOT project in Charleston and is currently a visiting speaker in Central Europe sponsored by the US Embassy in Slovakia, where he is helping Not In Our Town projects at Banska Bystrica, Slovakia and in Hungary.

Each year 24 girls from three countries learn how to make films and produce new media content. In 2012, Romedia organized the Budapest leg of Requiem for Auschwitz to commemorate Roma victims of Nazi terror. Ms. Barsony is currently at work on two feature length documentary films. ‘3Brothers’ tells the story of a German Roma family torn apart by forced “repatriation” to Kosovo. The film is in post-production. Ms. Barsony is completing her doctoral dissertation in communications and behavioral science at Corvinus University in Budapest.

Taylor Branch is a Pulitzer-prize-winning American writer, historian and public speaker best known for his trilogy on Martin Luther King Jr. and the civil rights era, America in the King Years, which has won many awards. He is known as the definitive biographer of Dr. King. His books also include The Clinton Tapes: Wrestling History with the President, an eight-year project with then-President Bill Clinton while he was in the White House. His latest book is The King Years: Historic Moments in the Civil Rights Movement (Simon & Schuster, 2013)

Callie Crossley is an award-winning American broadcast journalist and producer whose portfolio includes the critically acclaimed “Eyes on the Prize” documentary series about the U.S. civil rights movement. One of the segments she produced shows the real story of what happened at the Edmund Pettis bridge at Selma, Alabama, which was a turning point in the movement. At Boston’s WGBH public television she offers weekly commentaries on American politics and social issues, the economy and the arts. She hosts additional TV and radio programs, including “Under the Radar with Callie Crossley.”