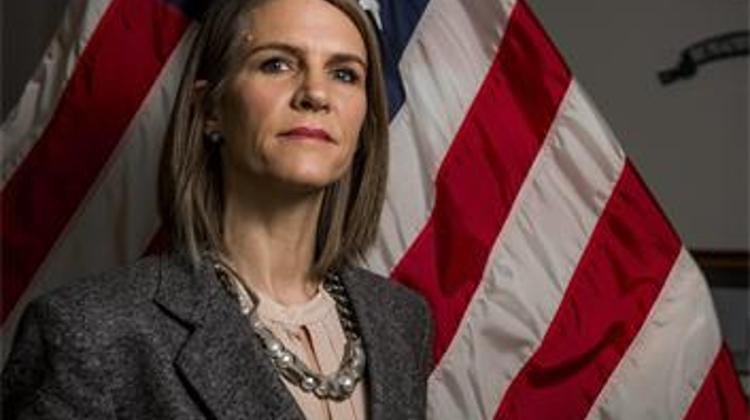 Commenting on US Ambassador Colleen Bell’s concerns about the state of affairs in Hungary, pro-government columnists are in no doubt that the US wants to pressurize Hungary into submission. Left-wing pundits, on the other hand, criticize the Hungarian government’s response and expect further US-Hungarian diplomatic skirmishes.

In an unusually critical lecture on US-Hungarian relations held at the Corvinus University on Wednesday, US Ambassador Colleen Bell welcomed Hungary’s participation in NATO missions and thanked Hungary for sending gas to Ukraine. Then she went on to severely criticize the Hungarian government on several issues, calling for more transparency in the Paks nuclear plant project, more checks and balances, and more freedom in the media. With regard to the migrant crisis, Ms Bell expressed concern over what she termed intolerant, nationalist and xenophobic rhetoric.

Foreign Minister Péter Szijjártó responded to Ms Bell’s talk by noting that it contained nothing new – and merely repeated the criticism expressed by Bell’s predecessors. Mr Szijjártó said that as a part of the EU, not the US, Hungary discusses the issues raised by the Ambassador in the European institutional framework. Mr Szijjártó added that while the US wants to see more migrants absorbed into Europe, Hungary wants to stop the inflow of economic migrants. János Lázár, the Minister in charge of the Prime Minister’s Office, said Hungary was grateful for the advice and hoped that the generous attitude towards immigration it reflected would be implemented along the border between the US and Mexico.

In Magyar Idők, László Néző suspects that the US is only concerned about its own geopolitical and economic interests rather than the rule of law and the state of democracy in Hungary. The pro-government columnist thinks that what worries the US is Hungary’s increased economic sovereignty after it raised money from the market rather than from the IMF. Another reason for the US criticism is that the Hungarian government commissioned a Russian firm rather than US companies to expand the Paks nuclear power station, he suspects. Néző finds it repulsive that the US wants to lecture Hungarians about how they should live.

Speculating on the timing of the US Ambassador’s remarks, Index.hu recalls a report by Vs.hu three weeks ago, predicting that once the migrant crisis winds down, the US will continue its diplomatic battles against the Hungarian government. Index suspects that another reason for such harsh criticism is that the US wants to send a clear message to Poland, where the PiS party promised in the electoral campaign to levy surplus taxes among others on US owned multinational companies and banks.

The US intends to pressurize Hungary into submission, Gyula T. Máté comments in Magyar Hírlap. The conservative columnist goes so far as to accuse the US of encouraging Greece and Turkey to allow migrants from the Middle East to proceed towards the EU. He thinks that the US wants to weaken the EU so that it will bow to US pressure, sign the Transatlantic Trade and Investment Partnership agreement, and help the US in its geopolitical agenda, rather than pursuing its own interests.

The Hungarian government does not bother with external criticism, Endre Aczél in Népszabadság interprets the Hungarian government’s response to Ms Bell’s speech. The left-wing analyst suggests that the Orbán government has not been harmed by previous US and EU criticism, and thus Fidesz now thinks that it does not need to take external concerns seriously. Aczél himself expects US criticism to have severe potential implications. If Hillary Clinton is elected President, she may use her influence over the IMF, the World Bank and US investors to increase the pressure on Hungary, Aczél suspects.

Video: US Ambassador To Hungary's “We Will Build a Stronger Bridge” Speech