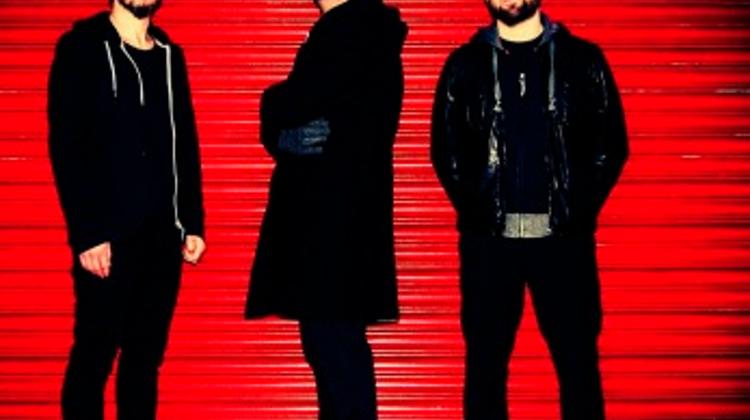 One of the basic, always fresh, renewed and most unpredictable bands of modern metal the Northern Irish Therapy? led by singer Andy Cairns has been launching albums for 25 years. Their latest album titled Disquit which is the continuation of their 1994 release Troublegum is going to be presented in a truly kicking club ambient on the ship this time.

Northern Irelands Therapy? might have been amongst the vast number of bands who benefited from the rise of Nirvana and grunge in the early '90s, but they proved their worth by outlasting that trend and any number of sub-strains that followed throughout the subsequent two decades.

They might have frustrated the unit shifters who banked on them to follow the pack and hit the charts, but they never felt the need to cash in. By constantly expanding upon a frame of influential references that included the usual suspects (Black Sabbath) and the not-so-usual for a metal band (Killing Joke, Hüsker Dü, Buzzcocks), Therapy? released a number of records that constantly challenged themselves and their fans. The band carried a melodic sensibility that also separated them from their alternative metal peers, and although Andy Cairns' lyrical exorcisms were often clichéd, they were never innocuous. As the bridge between Metallica and Nirvana, they never played it straight or safe.

After recording a brief initial demo, singer/guitarist Andy Cairns and drummer Fyfe Ewing recruited bassist Michael McKeegan. The trio recorded the Meat Abstract single, pressing a limited amount on vinyl and releasing it on their own Multifuckingnational label. BBC DJ John Peel played it on his program shortly after receiving it, and Wiija boss Gary Walker became interested after hearing the single through Silverfish's Lesley Rankine.

The separately recorded Baby Teeth and Pleasure Death EPs were released on Wiija in 1991, both of which did extremely well on the British indie chart. Quaterstick, a U.S. independent label distributed by Touch & Go, released a compilation of the EPs as Caucasian Psychosis.

Major labels came knocking on the strength of those nasty releases, with A&M eventually winning out. The label expected something closer to a grunge record, but Therapy? wound up with something that didn't sound too far removed from the earlier records. Nurse ended up tweaking the band's sound, providing more focus on the rhythm and developing Cairns' burgeoning melodic vocal hooks.

The Hats Off to the Insane EP provided a stop-gap until the release of 1994's Troublegum, which brought about more melody and straightforward riffing to good effect. The band enjoyed the most commercial exposure at this point, thanks to the teen angsty "Screamager," an anthemic ode to ugliness and awkwardness if there ever was one. Many a disillusioned teenager likely bookended it with "Smells Like Teen Spirit" on mix tapes.

Infernal Love was released in 1995, hot on the heels of Troublegum and extended touring. A bleak, cinematic effort that made the remainder of Therapy?'s records seem chirpy in comparison, it ruined the notion of the band ever making it to mainstream popularity. Ewing left the band shortly after its release. Graham Hopkins replaced him, and ace session cellist Martin McCarrick was added to the lineup as a second guitarist, also adding strings when necessary.

1998's Semi-Detached brought the band out of the emotional murk of Infernal Love, returning to some of the tunefulness that was left at the curb after Troublegum. The U.S. wing of A&M unfortunately balked on issuing the underrated record. The band was eventually cut off from the label completely after the massive Seagram's merger left the band homeless as a casualty of label gutting.

Miles Copeland's Ark 21 label swept them up, issuing Suicide Pact: You First in 2000. Though it wasn't their finest record, the band experienced a bit of a rebirth during its recording, regaining the enthusiasm that they felt early on. Later in the year, Ark 21 issued So Much for the Ten Year Plan, a compilation of some of the band's finest moments.

The title took aim at the more ambitious alternative acts who hitched elaborate career paths in the early '90s, only to fall by the wayside. The Jack Endino-produced Shameless followed in 2001; Hopkins wasn't happy with the band's direction, however, and left the lineup soon after its release. Neil Cooper (founder of the progressive metal group the Beyond) joined as Hopkins' replacement, but the new lineup only lasted through the release of 2003's High Anxiety, as McCarrick opted to leave the band in order to nurse his damaged eardrum.

Beginning in early March, Therapy? soldiered ahead as a three-piece band. Never Apologise Never Explain was the first album to feature the newly slimmed-down lineup, followed by One Cure Fits All in 2006. Touring continued into the subsequent years, with the band eventually returning to the studio to create their tenth full-length album, Crooked Timber.