Xpat Opinion: Recruiting Terrorists In Budapest Among The Refugees: The Hungarian Version 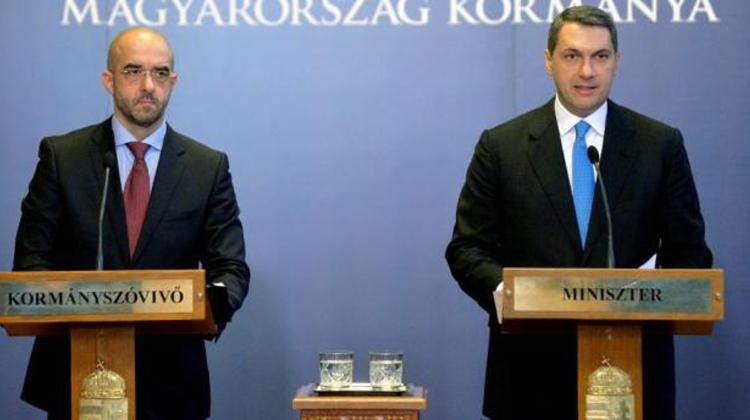 Those of you who subscribe to Google Alerts must have noticed that practically all English, German, and French articles on Hungary in the last few days dealt with a trip that Salah Abdeslam, the suspected organizer of the Paris terrorist attacks, made to Budapest. There he picked up two men who later had a role to play in the Paris bloodbath.

The revelation of the Hungarian connection made headlines because it “put the spotlight on the question of whether jihadist militants have concealed themselves in a huge flow of asylum seekers passing through Eastern Europe.”

What do we know about this trip with a fair amount of certainty? The Belgian federal prosecutor announced on Friday that Salah Abdeslam had made two trips to the Hungarian capital in a rented Mercedes Benz, but only one trip is mentioned in the articles dealing with this particular part of the investigation.

According to the reconstructed story, Abdeslam traveled to Budapest sometime before September 9, where he picked up two men whom he supplied with fake Belgian IDs in the names of Samir Bouzid and Soufiane Kayal. We know that at on September 9, at the Austro-Hungarian border, the Austrian police checked their travel documents, but it was a routine affair: after all, on the basis of their papers they were all EU citizens.

We also know that the three men headed toward Brussels because on November 17, at the Western Union office in Brussels, “Bouzid” transferred 740 euros to Hasna Aitboulahcen, the French woman who was killed by security forces in St.-Denis. “Kayal” was also in Belgium because his ID card was used to rent a house in Auvelais, a town south of Brussels.

Initial media reports claimed that the two men had been killed in the police raids in St.-Denis, but the information was incorrect. They are on the run and “believed to be armed and dangerous.” The Belgian police have released the two men’s pictures.

So, let’s see how this bare bones story was transformed in Budapest thanks to the combined efforts of the Hungarian secret services (which may include TEK, the anti-terrorist force), the incompetent MSZP head of the parliamentary committee on national security, and the members of the Hungarian government.

Pesti Srácok, the strongly right-wing mouthpiece of Fidesz, was the first to discover the story, and its reporters got in touch with Zsolt Molnár (MSZP), chairman of the committee on national security. People who are unfamiliar with the Hungarian parliamentary structure may wonder why an opposition MP is chairing a parliamentary committee. By tradition the head of this particular committee always comes from the opposition. Unfortunately, Molnár is not the sharpest knife in the drawer; moreover, there is some suspicion about his relations with Fidesz.

Here is the story that emerged from Pesti Srácok‘s description of the interview with Molnár, who naturally only repeated what he had heard from representatives of the secret services. Molnár found the timing of Abdeslam’s trip to Budapest no coincidence. “It was at the time when Germany and Austria opened their borders to the refugees, who could thus cross the borders without any control. It was this situation that Abdeslam and his two companions took advantage of.”

Let’s stop right here for a second. First, we ought to note the implicit accusation that the culprits are Germany and Austria, the two countries that opened their borders. Perhaps if they hadn’t, we wouldn’t have had a terror attack in Paris. Second, Abdeslam, Bouzid, and Kayal didn’t have to register. Abdeslam had a valid Belgian passport and the other two had fake Belgian IDs that it seems no one questioned. So they weren’t taking advantage of the opening of the borders to refugees.

Molnár also informed Pesti Srácok that the Austrians had registered them, which “could have happened easily since they didn’t have to show any identification.” Of course, no one registered them. The Austrians stopped the car at the border crossing and, after seeing the Belgian documents, let them continue their journey undisturbed. “The whole affair points to the weakness of the Schengen border defenses, the lack of registration, and the absence of a common European anti-terrorist service.” Yes, the third is a problem, but the first two alleged weaknesses are irrelevant to this case.

Molnár also revealed that TEK, which only learned about Abdeslam’s visit to Budapest from western sources, suddenly discovered that “Abdeslam had been recognized at the Keleti Station.” I assume this is not what Molnár actually wanted to say. Rather, in the last few days some aid workers who were at the Keleti Station seemed to remember him once they were shown his picture. Such identifications are always suspect. Thousands and thousands went through the Keleti Station, and it is highly unlikely that anyone actually remembered him. Moreover, as you will see, I doubt that Abdeslam hung around for any length of time at the station, if he was there at all.

The official Hungarian government version came from János Lázár on Thursday, December 3. The first thing that caught my eye was the following sentence: “The chief organizer of the Paris terror attacks according to our knowledge and supposition did visit the Keleti Station, and there he recruited a team from among those who refused to be registered. He left the country with them."

For starters, we either know something or simply suppose something, not both at the same time. Second, the very idea that Abdeslam went to the crowd that camped out at the station and “recruited” would-be assassins is too bizarre for words.

Only a few days ago a story surfaced about two migrants in Germany who turned out to be fighting on the side of ISIS and who were caught because their fellow asylum seekers reported them to the authorities. So, I can well imagine what would have happened to Abdeslam if he stood in the middle of the crowd in Budapest trying to entice people to blow themselves up in Paris. Third, by that time Lázár had to know that Abdeslam left Hungary with only two men, yet he talked about “a team.”

The Associated Press picked up Lázár’s description of Abdeslam’s trip to Budapest, which naturally included his presence at the railroad station. However, the AP chronology doesn’t seem to support TEK’s and Lázár’s claim about Abdeslam’s presence at the station. Let me quote the appropriate passages:

Thousands of refugees had congregated at Keleti over the summer, seeking to board trains bound for Austria and Germany. The situation escalated after Sept. 1, when Hungarian authorities temporarily shut down the station as the flow of migrants grew difficult to control.

This led to protests by migrants, many of whom had valid tickets, demanding to be let on the trains. On Sept. 4, thousands began walking on a highway to Vienna. The Hungarian government then began sending migrants at the station and those on the highway to the Austrian border by bus.

May I remind everybody that Abdeslam and his two companions crossed the border on September 9. By that time trains regularly took asylum seekers to the Austro-Hungarian border where Austrian buses were waiting for them.

Perhaps one day we will learn about this trip in greater detail, but I suspect that the real story went something like this: the two men, perhaps Belgian nationals returning from Syria, got in touch with Abdeslam as soon as they arrived in an EU country, in this case Hungary. Abdeslam showed up in Budapest with the fake IDs and picked them up. And from there it was an easy trip to Belgium. The chain of events was most likely that simple.