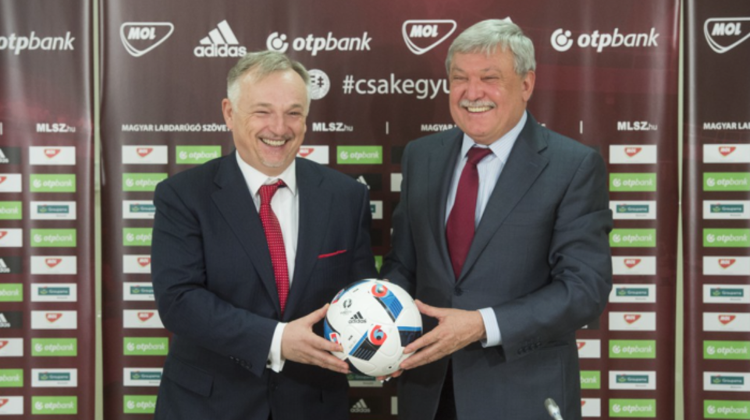 MOL also plans to donate an additional HUF 285 million (USD 1 million) in 2016 for MLSZ to do with as it pleases.

Hernádi, who was indicted by Croatian prosecutors in June 2014 for allegedly bribing former Croatian prime minister Ivo Sanader, but subsequently acquitted by a Hungarian court, said it is an honor to support Hungarian soccer.

He was confident the donation would contribute to the national team’s performance at the Euro 2016 championships in France in June.

“The strength has awakened,” said Hernádi. “The successful qualification [for Euro 2016] is proof that with belief, will and effort it is possible to achieve anything. That is also our business philosophy.”