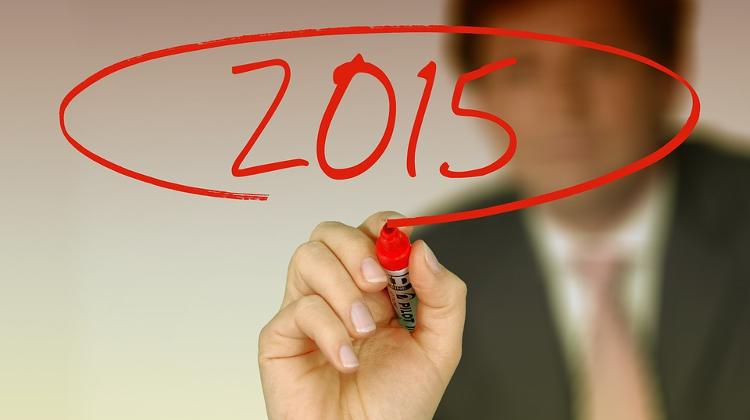 Most people said last year had yielded positive results in general for their families but saw developments at a national level in a negative light, according to a survey by Ipsos - ZRI Závecz. Pollster Nézőpont reported that of the people asked in a December survey, 48% had optimistic expectations concerning the year ahead, as opposed to 34% at the end of 2014. They added that 32% voiced a pessimistic opinion.

The Ipsos survey showed that 50% of respondents were satisfied with their own financial situation in 2015, as opposed to 48% saying that the year had been bad in financial terms.

The poll also showed, however, a gap between the poor and those who are better off: while 90% of those in managerial positions thought their finances were good, only 30% of the middle aged and pensioner group held the same opinion and a mere 12% of the unemployed were satisfied.

Thirty-six percent of respondents said all aspects of their own lives were positive in 2015 and only 8% said the opposite.

Nézőpont said in its report that the political climate had changed; while support for the ruling parties had ebbed by the end of 2014, a year later the governing alliance had regained its support through its policies concerning the migration crisis.

“The country is not in a protest mood”, the report said.

Forty-three percent of respondents in the Nézőpont survey said the country’s economy improved in 2015, and 53% voiced expectations for further improvement, as opposed to 26% anticipating economic recession.

Both surveys were conducted on a representative sample of voting age adults last December.