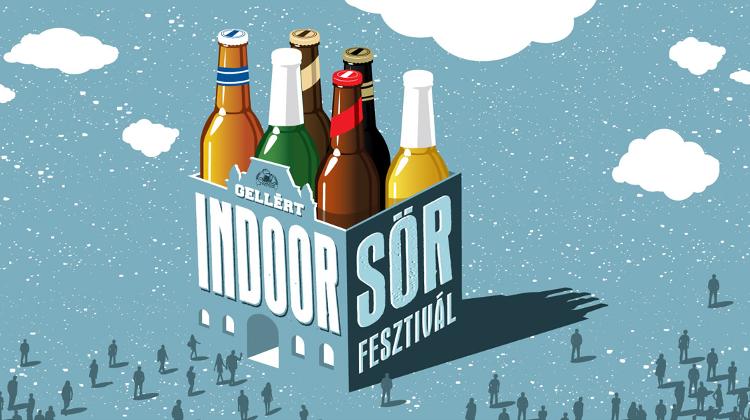 The time has come for local beer lovers not to make a pilgrimage to 'Czechia' for a good beer festival at this time of year: now in 2016 for the first time beer fans can indulge themselves in a cavalcade of beers in Hungary at the Serfőző Indoor Beer Festival, held between February 19 - 21 in all the halls of Hotel Gellért.

Because a beer is more than just a beer, be it either 40 degrees Celsius outside or cold as in the Arctic, a mug of beer is always the perfect reason for friendly chats, rewarding a tiresome day and kicking off unforgettable nights. Jointly organized by Serfőző (Beer Brewer) and Danubius Hotel Gellért, one can worship and enjoy almost 100 handcraft beers and miracles of beer gastronomy on the weekend of February 19-21.

During the three days beer festival we can taste excellent products of local Hungarian and international brewers, while at the thematic days the English, German and Czech beer culture will also be introduced, without having to leave one of the nicest hotels of Budapest.

Although beer in Hungary is commonly referred to as „liquid bread”, a few bites to accompany it will come handy. The assortment of „Pub Dinner” is the perfect solution, as the Gellért Brasserie invited cultic Budapest pubs specialized on beers – including Élesztő, Importer, Léhűtő and Marionett - featuring their food and beer specialties. Continuing the gastro line, the delicacies of László Héjja, head chef of Gellért will spoil guests, creating the platform for drinks – while on Sunday the week ends with a beer brunch.

Obviously, the beer festival is not only about sipping on beer: we can celebrate Eszter Horváth, the best beer drafter of Hungary and Csaba Katona, the highly acknowledged expert of „beer historic sciences” offer an entertaining beer tasting, while we can also learn how Mihály Fabók, sommelier of restaurant Gundel views beer, as representative of the „opposing camp”.

As accustomed to, Gellért is always ready to experiment with novelties: this time, chilled beer specialties – considering the winter season – will be accompanied by mulled beer. Obviously, no beer festival may pass without a beer drinking competition, but beers will also compete for the hearts and votes of the malt loving public.

Athletes of the sports discipline called „lifting beer mugs” will be entertained by the orchestra Madarak, especially tuning their instruments on the English, German and Czech days to the beers of the featured nation.

As the saying goes: „Anything can be a beer opener”. At the exhibition of the Hungarian Beer Article Collecting Club we can view all objects inspired by the foamy drink, including interesting beer openers and antique beer bottles.

Pre-purchased daily festival tickets cost HUF 2,490 and it is worth buying them in advance, as they cost HUF 2,990 on site, while the three days pass costs HUF 5,990. Each ticket comes with a beer mug with a logo, which is filled by the gift beer of choice on one occasion at the festival. Pub Dinners cost HUF 9,900, the price of the Beer Brunch is HUF 7,990 - and these tickets also include entry to the beer festival.

Tickets are available at Jegymester.hu, in Serfőző Beer House at Corvin sétány, and at the reception of Hotel Gellért.