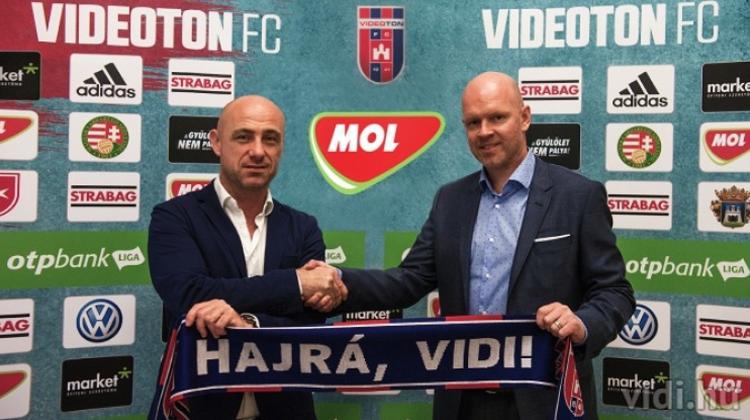 Henning Berg, former English Premier League and Norway international defender, has been named the new head coach of Hungarian first division side Videoton FC. Berg, who picked up a European Champions League winning medal with Manchester Untited as a player, and won the Polish domestic league and cup as a manager of Legia Warsaw, has signed a two year contract with the Székesfehérvár-based club. The 46-year-old Norwegian football expert will begin working with the players from the end of May. Videoton finished second-placed in the Hungarian league last season, earning a place in next season’s Europa League qualifications.

“I fought for the league title as a player and also as manager of Legia for the league title and cup. I do not plan for it to be any different in Hungary”, Berg said after his official appointment. Videoton FC is one of the leading clubs in the country, and although Ferencváros have a slight advantage, I am sure that we will pick up the fight and challenge them for the league title. It is an attractive challenge to me as a manager and I can work at a club that participates in European football.”

We are proud that we can begin next season with a manager of this calibre”, said Zoltán Kovács, director of football. “I am sure that we have managed to get a manager whose approach and mentality can give a lot to the club, the players and the whole of Hungarian football”, he added.

Henning Berg started his professional playing career in Norway at Vålerenga and Lillestrøm before joining English club Blackburn Rovers in 1992. He helped them to the league title in 1995. Two years later Berg moved to Manchester United to win further two Premier League titles and also the Champions League under manager Sir Alex Ferguson.

He played together with world class footballers such as Ryan Giggs, Paul Scholes and David Beckham. Berg started his managerial career started with Norwegian side Lyn and Lillestrøm, later he also had a short spell back at Blackburn Rovers as a manager. He joined Legia Warsaw, current club of Hungarian international Nemanja Nikolics, as head coach and guided them to the league title in 2014.