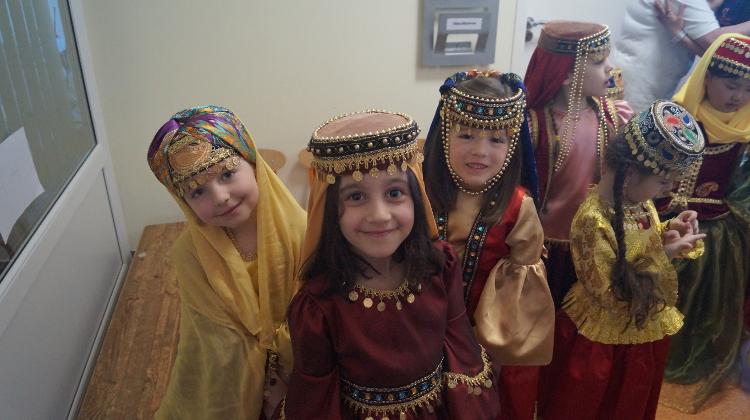 One of history’s worst earthquakes and tsunamis devastated the Indian Ocean region on 26 December 2004, killing over 230,000 people in fourteen countries, and inundating coastal communities with waves up to 30 meters high. It was one of the deadliest natural disasters in recorded history. Indonesia was the hardest-hit country, followed by Sri Lanka, India, and Thailand.

Starting with a relief operation and charity collection organised by the Baptist Church, Happy Kids decided to make its own contribution to this relief operation. The first Happy Kids children’s fashion show began in March 2005 with the aim of raising money and collecting items that would help these devastated areas.

Following the great success of this first event, we decided to make this fashion show an annual program in the Happy Kids calendar, where each year a different charity would be supported.This year our benefiting charity is Budapest 2nd District Children’s Home.

On Friday 22 April many parents and grandparents crowded around a catwalk set up in Happy Kids International Kindergarten to see the next generation strike a pose. With princesses and knights, mermaids and Martians, lions and tigers the runway sparkled with costumes not normally seen in the fashion houses of Milan, Paris or London.

Many of the older children had learned to sew just so they could wear their own unique creations; the younger ones opted for customising old clothes with paper and paint. Indeed, most of the costumes on display were made out of recycled clothes and materials. Judging by the smiles on both the staff and the parents’ faces, watching their little models stride down the catwalk, this was a very proud moment.

Kindergarten Director Suzy Jones commented: Each year the Fashion Show seems to be better and more colourful - the enthusiam and self confidence of our Happy Kids was wonderful to watch!"

A raffle was held with generous prizes donated from programme sponsors including lunch and dinner vouchers from LIDL, the Marriott and Intercontinental Hotels, Four Seasons Hotel, First Med Center, Petnehazy Horse Riding Center and Costes Restaurant. Money raised from the sale of raffle and fashion show tickets totaled over 400,000 HUF.