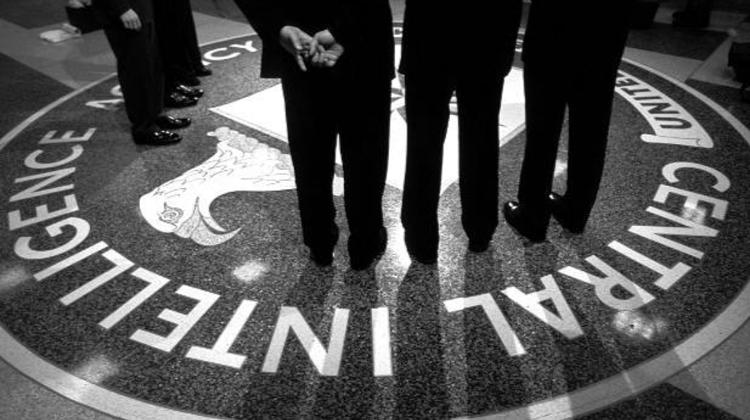 A full-fledged witch hunt is taking place in Hungary against a not-at-all favorite son, George Soros. Two weeks ago I already wrote a post on the Orbán government’s reaction to the less than flattering remarks of Bill Clinton about Poland and Hungary, two countries that decided that “democracy is too much trouble [and] they want Putin-like leadership.”

It was in this context that George Soros’s name was associated in Hungarian propaganda with Bill Clinton’s statement as well as with Barack Obama’s earlier critical words about Hungary. In the last two weeks, however, the anti-Soros campaign has sunk to new depths of depravity.

For anyone who has followed the escalation of the anti-Soros rhetoric in the last week, it is obvious that the effort is well-coordinated, enlisting the full force of the government propaganda machine. Magyar Idők leads the way in the smear campaign. The government paper published two opinion pieces a day apart which tried to counter the opposition’s description of Soros as a man whose Open Society Foundation works “to build vibrant and tolerant societies whose governments are accountable and open to the participation of all people.”

The stated goals of Soros’s philanthropy may be “to strengthen the rule of law, respect for human rights, minorities, and a diversity of opinions, democratically elected governments; and a civil society that helps keep government power in check,” but all this is humbug, according to one of the authors. Soros is a CIA agent whose real objective is the destabilization of East-Central Europe and the Middle East. Operating under the cover of humanitarianism, he faithfully serves the global interests of the United States.

The second article in Magyar Idők concentrated on the “unfounded and unsubstantiated” accusations against György Matolcsy and the Hungarian National Bank, accusations that are really targeting the Orbán government. According to the author, it is Soros who stands behind the U.S. plans to topple the current Hungarian government, this time through Matolcsy’s alleged corruption.

Hungary is not the first country where the United States has used the charge of corruption to try to get rid of governments that are “not friendly enough toward the American government.” A prime example of such U.S. interference in the domestic affairs of a foreign country is Brazil, where President Dilma Rousseff has been suspended. “One of her sins could have been that she rejected U.S. interference” in Brazilian politics.

She was removed because the U.S. found “Brazil’s change of foreign policy direction intolerable: good relations with Cuba, Venezuela, Bolivia, and China.” Of course, this charge exists solely in the imagination of the journalist of this pro-government and fiercely anti-American newspaper. Continuing his tirade, he claimed that American capitalists, in cahoots with the U.S. government, have tried several times to topple the Orbán government but have never succeeded.

The only hope of these foreign agents is that they will be able to remove György Matolcsy, which would serve the interests of the unscrupulous speculators but would ruin the thriving Hungarian economy, which is the result of the remarkable performance of Matolcsy.

A few days later János Lázár at one of his Thursday press conferences went so far as to claim that the Hungarian government has proof from secret service sources that George Soros is ready “to actively participate against his most dangerous opposition, the Orbán government.” However, when a journalist asked him whether the civic groups financed by Soros had done anything unlawful, Lázár had to admit that they hadn’t. Soros’s sin is that by financing some of the watchdog organizations he has become part of the opposition.

The government-financed internet site 888.hu came out with a “list of pimps of the Soros network.” Members of this network, according to the site, belong to a loud, aggressive minority that has a much greater influence on the media than their numbers would warrant. The list includes 13 civic groups and think tanks and five or six media outlets. Despite 888.hu’s claim, the fact is that most of these organizations receive only a very small portion of their budget from the Open Society Foundation.

Andy Vajna’s newly purchased TV2 joined the anti-Soros campaign. Its reconstructed formerly popular “Tények” (Facts) now has a five-minute segment called “Tények Extra” that tells the stories of “Billionaires in Hiding.” Needless to say, the first of these segments was devoted to George Soros. Viewers learned how Soros beat his wives and liked to suffocate his lovers.

All this still wasn’t enough for the Orbán government. Now MTI and other pro-government media outlets are gathering information about possible Soros involvement in opposition movements in other countries. Magyar Idők found an interview with Robert Fico, prime minister of Slovakia, who complained that in the March presidential campaign, which he lost, he had to battle not so much his political opponents but “those civic organizations that are often financed from abroad.” 888.hu joined in with a Macedonian case.

The internet site discovered that former Macedonian Prime Minister Nikola Gruevski recently charged that it was George Soros who financed the Macedonian civil groups’ anti-government activities. Just like Fico, Gruevski claimed that he has two oppositions: the Macedonian Social Democratic Association and “the paid opposition.” These groups, when “they are not fighting the government, organize all sorts of training sessions and political debates or show up in the media.”

According to the former prime minister, Soros and others are especially active in Eastern Europe and the Balkans.

The younger generation of journalists who were probably unfamiliar with George Soros’s activities in Hungary in the 1980s and early 1990s are especially fascinated by the sizable amount of money Fidesz and Fidesz politicians received from the American financier.

They are the ones who keep asking uncomfortable questions about who, when, and for what purpose Soros gave money to those who now find him to be the devil incarnate. As a result of all those uncomfortable questions, Viktor Orbán apparently told János Lázár that he is ready to pay the billionaire back “if Soros needs the money.” That “generous offer” includes the three million forints Fidesz as an organization received from the Soros Foundation. I don’t know whether this amount includes the 400,000 forints received in 1987 to launch the periodical Századvég. Yes, the establishment of this by now notorious Fidesz think tank was made possible through George Soros’s generosity.

I wonder what the next step will be. Will Orbán’s propaganda machine continue its threatening propaganda against civic groups, especially against legal think tanks? Or, after a few weeks of contemptible attacks on Soros, will the government decide to stop this harassment? I think it all depends on whether the government is able to contain the scandal surrounding György Matolcsy’s corruption case.

As long as the case remains a hot issue both at home and abroad, the anti-American, anti-Soros campaign will continue. This way the government can argue that antagonistic foreign sources, i.e. the United States, with the assistance of domestic paid agents, are responsible for blackening the good name of a financial genius. All because their real goal is the removal of Viktor Orbán from power.