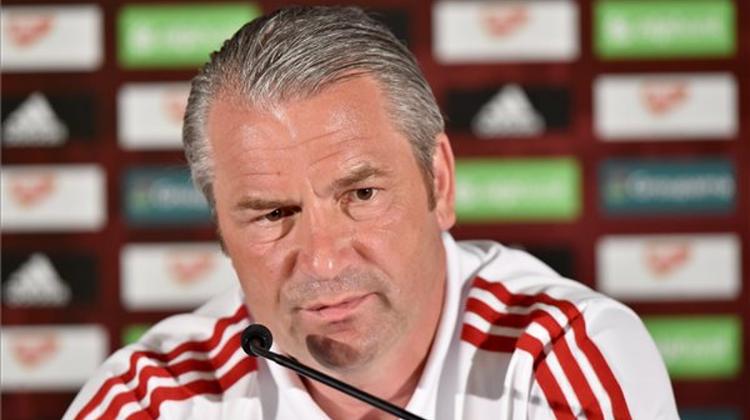 Speaking after the defeat against Belgium in the Euro 2016 last 16 match Hungary national team coach Bernd Storck emphasised that the team had performed exceedingly well at the tournament and can be optimistic about the upcoming World Cup qualification matches.

“I don’t especially want to talk about tonight’s match” said Storck. “We knew that we were up against a very strong team which is ranked 2nd in the world. The team deserves all the plaudits for what they’ve achieved at the European Championship.We developed from match to match and we can look to the future with optimism.  The match could have gone either way in the second half and with a little luck we might have equalised. I wasn’t happy with our first-half performance; we weren’t compact or brave enough, our players lacked confidence. It’s entirely normal that our opponents should create so many chances, and Belgium of course deserved their victory. I congratulate them but at the same time I’m happy we performed so well over the tournament”.

“We return home with heads held high; the team performed exceedingly well at the tournament. We gave our opponents too much respect in the first half. In the second half we were close to an equaliser but unfortunately just fell short. We can go into the World Cup qualification matches with confidence; the team knows how to play football and can hold their own internationally. The European Championship has shown that we can look forward to the future with optimism” he said.