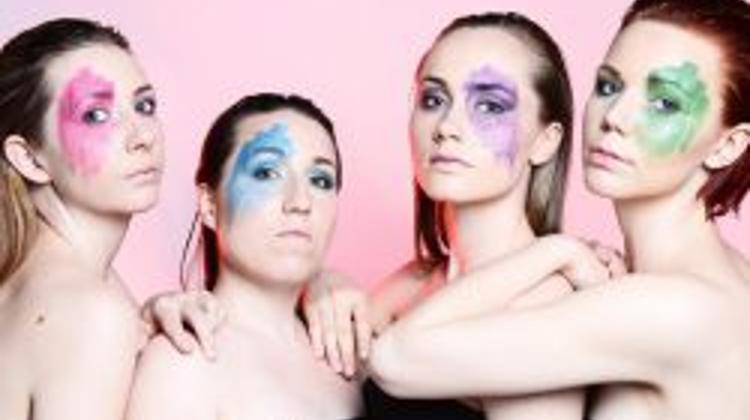 Finnish award-winning vocal group Tuuletar will perform at the Budapest A Cappella Festival on the 18th of June. Since 2012 this exceptional group has been enchanting audiences of all ages and cultures with their freshly invigorating and self-composed music and heartfelt and tribal spirit. Tuuletar has won acclaim and prizes at several international competitions. As a consequence their calendar is filling up with invitations and tours, e.g. to Asia.

"So rich! Great tone color! The unison is an absolute wow moment! — Really in love with all this group, and what it can be. So many exciting things are going on here! I truly hope to hear so much more of you (Tuuletar) in the future!” - Jonathan Minkoff (An Executive Producer, SingStrong, Aarhus Vocal Festival 2013)

Budapest A Cappella Festival is an international festival unique in the genre in Hungary and also in the region. The festival takes place in Várkert Bazár, a scenic historic location under the Buda Castle with an astonishing view on the Danube. This year´s line up offers top class a cappella ensembles from e.g Finland, Sweden, Austria, Bulgaria, Georgia and, naturally Hungary.

What is the history of your vocal group? How did you meet?
We were all studying together in in Aarhus, Denmark 2011-2012. It was a total coincidence (or faith) that we happened to be there at the same time, it's highly unusual that there were four Finnish singers accepted that year. We became friends right away but it took half a year before we started to sing together. We decided to record a version of a Finnish folk song as a farewell present to our international friends in Denmark during the Christmas 2011.

We arranged the piece for four vocals and when we sang together, we felt something happened. Our voices blended together in a very unusual and unique way and we felt a vibe, a resonance that seemed to have a strong impact for all of us. After the Christmas brake 2011 we started to compose together and explore different possibilities with our voices. The first official Tuuletar concert was in the late spring 2012 and here we are now, four years later, going on stronger than ever.

Your music is a mixture of folk and hip-hop...as we hear. How can you define your genre?
This is another thing we can consider to be a matter of faith. When we started our musical journey together, we decided to compose our own music. In the beginning we also worked on some folk tunes but even though Finnish folk music was the first source of inspiration for us, we had a strong urge to create something new, something of our own.

We wanted to respect and chaise the tradition, but not by repeating it as it is. Instead we wanted to create something new out of it. We used old poems of Kalevala (Finnish national epic) and had a lot of stylistic elements from different traditions in our compositions. If you listen to our early productions, you can hear a very strong influence from Finnish folk singing styles and groups like Värttinä or even Rajaton.

However, during the winter 2012-2013 we started to explore more with rhythms and grooves. Venla from our group started to learn beat boxing and through that, the whole concept kind of fell into place. When we combined the traditional elements with heavy grooves and strong, urban beats, we felt we were on to something. The term "Folk hop" came out in a conversation when we were asked to define our genre. We still are a group that can be categorized into many different genre boxes, but nothing describes our music better than "VOCAL FOLK HOP".

That's the beauty of our creative process, we all listen to different kind of things to get inspired and then we combine and use the elements we find most suitable for our common vision. It's a lot of "killing your darlings" as well! However, we share a mutual love for strong female voices, ethnic or extended voice techniques and great old school hiphop. We love Björk, Värttinä (from Finland), SaikhoNamtchylak, Yasmin Levy, to name a few. And Beyonce!

What do you sing about?
Our lyrics are all self-written. We use old Finnish language and words from different dialects, something you don’t hear so much nowadays. But our language has a grand history and it is so rich and full of inspiring details that we want to honour that long tradition. There are a lot of strong female characters in our music, but we do not want to over emphasize the feminine aspect here. We want our songs to be universal and approachable for everyone, no matter the genre, race, age or anything else. We sing about seduction, anxiety, friendship, loss, happiness, motherhood..as said earlier, universal topics. With our music we want to tell stories that anyone can relate to.

The album title was inspired by the four elements. Is that what you are referring to?
Absolutely. We all represent a different element, which makes us resonate in a very special way. We are not trying to be or think alike, we allow each other to be different and we are not scared of thinking outside of the box. Very often in the a cappella world people talk about the perfect blend and unified sound. We see "the blend" in a way that we don’t need to have a similar sound to blend, we can blend by creating a tension in between the different sounds and by doing this, have a fresh and different approach to harmony.

You will release your debut album at the end of June. What can we expect from it?
It was a great experience, making this album. It will include only original music, every sound on the album was recorded with our voices and all the arrangements are ours as well. So it is definitely Tuuletar what you will hear! :) and the production is amazing. We recorded the album in USA last January with Liquid 5th Productions, which is one of the leading a cappella production companies in the US. We met their representative Josh Chopak last summer in Austria and ended up working together with him and the producers Chris Juengel and Carl Taylor. We had a strong vision of how we wanted the album to sound like but it ended up sounding way better than we could have ever hoped for. These guys are wizards!

What do you know about Hungarian music? Do you know any band or musician?
Not so much except that we hear you have fantastic vocal music tradition! One of us was in fact in Womex last autumn and heard some very beautiful music there. Especially the two vocalists from the opening show, Monika Lakatos and Bea Palya were incredible. We also know Jazzation since we met last year in a festival in Leipzig so we are very happy that they are performing in Budapest now as well. Hungarian and Finnish languages are related so we are sure to feel very inspired while being there next week.

Whom would you recommend your concert in Budapest?
Anyone and everyone! We sing from our hearts, with our crazy Finnish energy and hope to reach as many listeners as possible. We are so excited and honored to be part of this festival and we are ready to transmit our love and passion through our music for the audience. And this is a special opportunity to hear and see what is VOCAL FOLK HOP from Finland!

More info at the website of the festival: http://www.budapestacappella.hu/en/