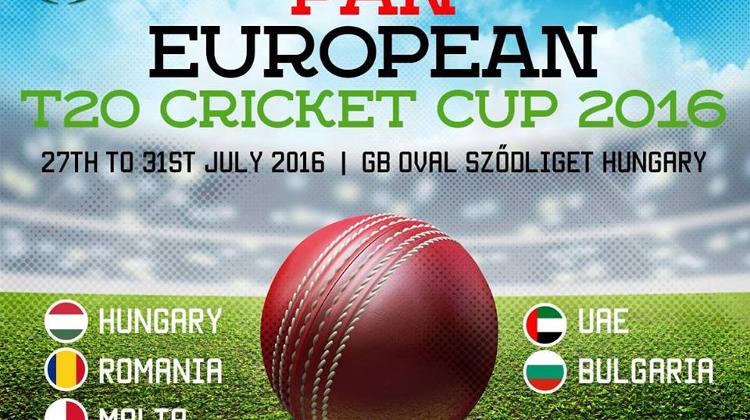 For the second occasion under the management of the Hungarian Cricket Association (HCA), this year sees the holding of the Pan-European T20 Cricket Cup. Thanks to the success of the previous, smaller tournament, national men’s teams from Malta, Romania and Bulgaria have accepted the association’s invitation to take part in 2016, alongside U.C.T., a strong club side hailing from the United Arab Emirates.

The teams will match their cricketing skills in Sződliget, 25 km north of Budapest, at the HCA’s official ground the GB Oval, which is of the requisite size for hosting international matches. The five teams will all play each other in Round-Robin format over the four days of 27–30 July.

On Sunday 31 July, a playoff for 3rd/4th place will begin at 11 am, with the Grand Final set to start at 2.30 pm to decide this year’s Pan-European T20 Cup Champions.

With fewer opportunities to gain victories in the region in recent times, the players of the Hungarian National Cricket Team are under great pressure to maintain their previous good run.

In the meantime, their opponents are travelling to challenge the hosts with considerable reinforcements (with Malta’s ranks boosted by Australian players, and the Dubai team strengthened by several former members of the Emirates national team).

Members of the public are invited to watch the matches free of charge. Besides fair weather, organisers told XpatLoop they can promise a great atmosphere for all the family, with tasty food and cold drinks on sale at the ground all day.