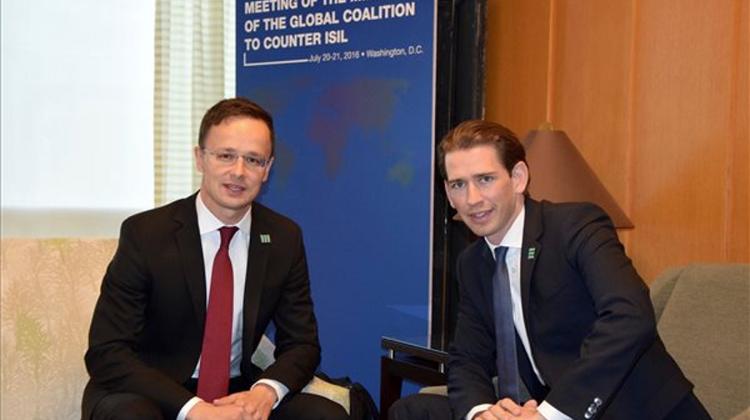 Péter Szijjártó, the minister of foreign affairs and trade, has reached agreements with three American companies on investments that will create hundreds of jobs in Hungary during a visit to Washington. The minister told MTI that an agreement was reached with an American automotive industry supplier on a 15 billion forint (USD 53m) investment in western Hungary that will create 200 jobs.

The new plant will manufacture parts for carmakers in Hungary and other central European countries.

A joint announcement on the investment will be made in Hungary, he said. Another agreement was reached with the world’s biggest farm machinery maker on bringing silo production to Hungary, creating 100 jobs, Szijjártó said.

A third agreement was reached with one of the United States’ biggest media companies on doing further film and television production in Hungary.

The company spent 20 billion forints on film production in Hungary over the past two years, Szijjártó, who met the heads of 13 US companies in Washington, said.

Some 1,600 US companies employ about 100,000 people in Hungary. Last year, US companies brought the second most FDI to Hungary.