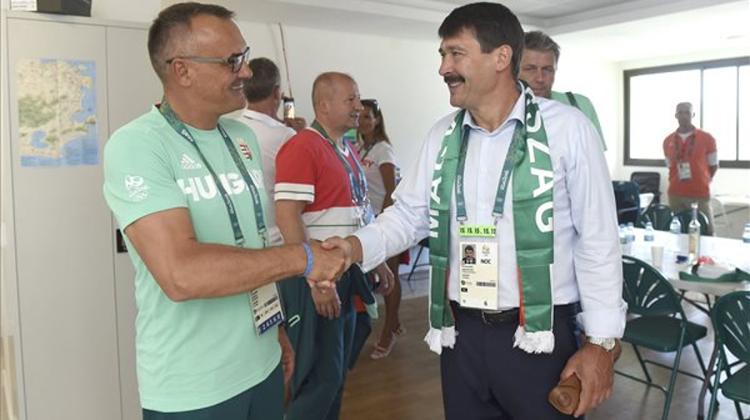 President János Áder formally opened a Hungarian House created to help promote Hungary’s 20214 Olympic bid in Rio de Janeiro on Friday. The venue, where Hungary’s past Olympic successes and an interactive exhibition presenting the Budapest’s 2024 Olympic bid are on display, is located in an equestrian club on the shore of Rodrigo de Freitas lagoon and is open for supporters.

Áder recalled that Hungary was a founder of the Olympic movement and has participated in all but two Olympic games.

With 168 gold, 148 silver and 170 bronze medals in Olympic competition, Hungary is the third most successful nation in terms of size and population, he noted.