The 8 Best Alternative Ways To Get To Buda Castle 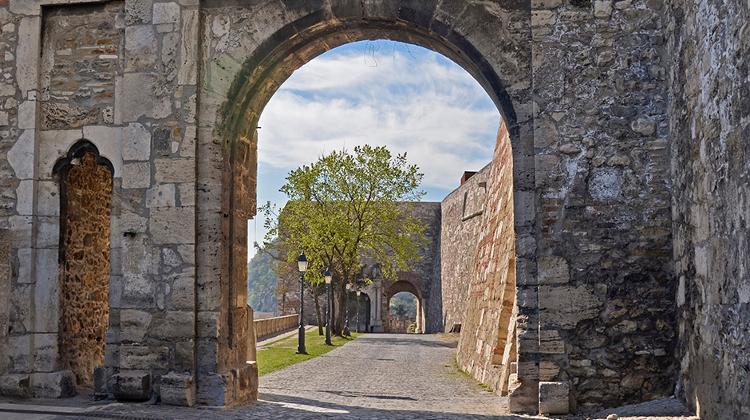 Reconstruction works have started in the Castle District, which means bus traffic is temporarily limited in the area. But don't panic: from funicular to tuktuk, there are a lot of alternative ways to reach the top of Castle Hill! Here we have collected 8 of them.

Due to the reconstruction, the Castle District Municipality have temporarily limited the tour bus traffic between June 1 and October 31 2016. During this period only 8 tour buses will be allowed to be in the Castle at the same time for a 10 minute long period each. So from the most exciting to the most adventurous, we have collected alternative ways to reach Buda Castle!

Walk – There are various routes to reach the top of Castle Hill. Walking up to the Buda Castle is not very demanding, neither for adults nor for children. One of the most comfortable routes is to walk from Széll Kálmán Square to Bécsi kapu (Vienna Gate); this means a little bit more than 15 minutes walk to Matthias Church. Another option is to walk up on the steps starting from Apród Street, from between Semmelweis Museum of Medical History and Aranyszarvas Restaurant. The most ecxiting way however is to reach the Castle from Castle Garden Bazaar, where we can also chose the elevator or the escalator.

Pro tip: There are also guided walking tours to the Castle Dsitrict, check out them here!

Funicular – The most spectacular and at the same time the shortest way to get to the Castle is the funicular (sikló in Hungarian). It departs from next to the tunnel and arrives near the Royal Palace. The funicular originally was steam-powered, however today it is operated in a pendulum-like manner: this means that the cars start at the same time, one upwards, one downwards. This is not a fast vehicle, but this is what is makes this kind of vehicle so attractive: we can enjoy a perfect panorama of the Danube Banks and Pest side of the Hungarian capital while travelling with it.

Escalator – From Castle Garden Bazaar we can also take the escalator. Check out it's location on the map below.

Elevator – There are more elevators we can chose from. The oldest one starts from Dózsa György Square and arrives up to Széchényi Library. There is also an elevator in the Castle Garden Bazaar, and last summer also three new ones were opened at Murad pasha Bastion, at the School Stairs (Iskola lépcső) and at Gránit Stairs (Gránit lépcső). The last three ones are operating between 0-24.

TukTuk and Taxi – While taxi is obvious, TukTuk needs a little explanation. The latter is a small, three-wheeled cabrio with a driver and two seats behind. It is motile, as a scooter and comfortable, as a chaise.

Budapest TukTuk experience allows you to witness every corner of Budapest coming alive: your driver is also your personal guide following your interests, temperament, and pace, let us give you the memorable experience you're looking for.

Segway – Segway is a two-wheeled urban vehicle. It is strong enough to climb up to the Castle Hill and we can manouvre with it also in the narrow bends of the serpentine. It also deals with the smaller steps. There are guided segway castle tours, starting from the city center.

Bicycle– Budapest is a great place for cyclists, and though you need some effort to bike uphill to the Castle, it is worth the effort as downward you only need simply to roll down. An electric bike is a good alternative version for those who are looking for a more comfortable solution.