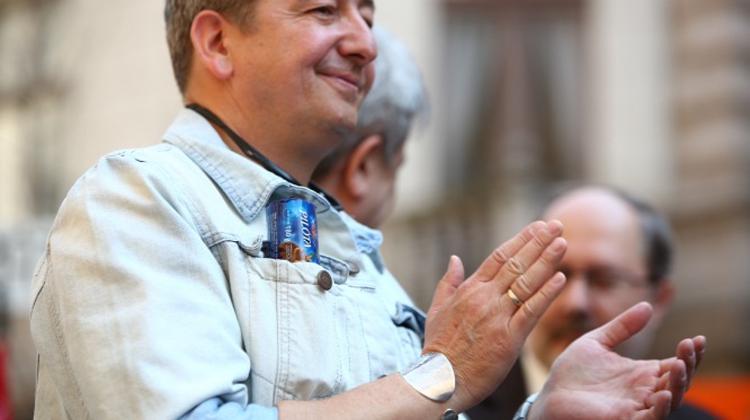 The Holocaust Memorial Museum of Washington, DC, condemned Hungary granting a state award to journalist Zsolt Bayer and called for rescinding the award. The USHMM said the award is intended to recognize individuals who demonstrate excellence in service to the country and “the promotion of universal human values”.

Bayer has a long record of racist speech and has written highly provocative anti- Semitic and anti-Roma articles in the Hungarian media, it added.

“The government has repeatedly stated a ‘zero tolerance’ approach to antisemitism. And yet it was Janos Lazar, minister for the Prime Minister’s Office and the government’s point person for dialog and engagement with the country’s Jewish community, who personally presented the award to Bayer,” the statement said.

USHMM said that governments have a responsibility to combat hate speech that invites violence and “this is especially true for countries like Hungary where systematic persecution and mass murder were carried out during the Holocaust with the active complicity of the Hungarian state.”

According to the statement, if Hungary’s Order of Merit truly recognises “the promotion of universal human values” then “Hungarian Prime Minister and Fidesz party leader Viktor Orbán and President János Áder have no choice but to rescind Zsolt Bayer’s award immediately.”

Bayer was decorated with the Order of Merit of the Knight’s Cross on the occasion of the August 20 national holiday. Since then, numerous previous recipients of the decoration have declared they were returning their own awards in protest.

Bayer said in an interview published in daily Magyar Idők on Wednesday that he did not plan to return the award in the wake of the protests.

He denied that he had intended to incite hatred against Jews and added that one of his articles could have been misinterpreted, which was regrettable.